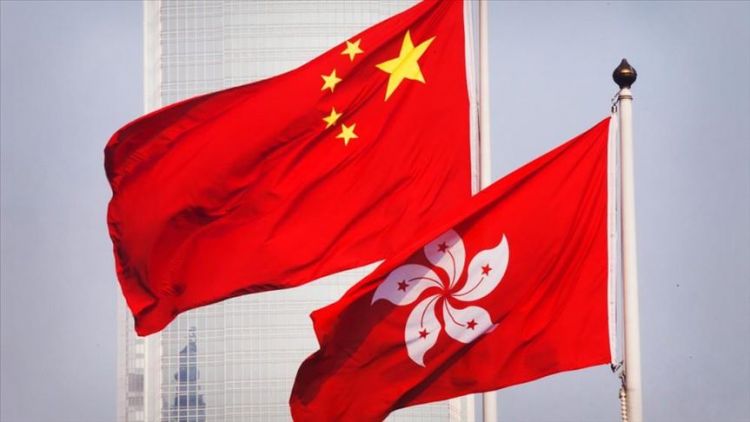 At the concluding session of the National People's Congress, China’s top legislative body, the draft of the Hong Kong national security legislation was formally adopted.

The new law was proposed and brought forward last week at the NPC by Wang Chen, vice-chairman of the National People's Congress Standing Committee.

He had said the protests against Lam’s government "seriously challenged the bottom line of the principle of one country, two systems, harmed the rule of law, and threatened national sovereignty, security and development interests."

"Law-based and forceful measures must be taken to prevent, stop, and punish such activities," Wang said, citing Article 23 of the Hong Kong Basic Law, which says the region must "prohibit any act of treason, secession, sedition and subversion against the Central People's Government (CPG)."

The new law will make it a crime to undermine Beijing's authority in the territory.

"More than 20 years after Hong Kong's return, however, relevant laws have yet to materialize due to the sabotage and obstruction by those trying to sow trouble in Hong Kong and China at large, as well as external hostile forces," Wang said.

US Secretary of State Mike Pompeo certified to Congress on Wednesday that Hong Kong is no longer autonomous from mainland China, opening the door to changes of its treatment under the American law.

Pompeo cited Beijing's national security legislation to Hong Kong, calling the National People’s Congress' (NPC) decision "disastrous" and one in a line "of actions that fundamentally undermine Hong Kong’s autonomy and freedoms and China’s own promises to the Hong Kong people."

"After careful study of developments over the reporting period, I certified to Congress today that Hong Kong does not continue to warrant treatment under United States laws in the same manner as US laws were applied to Hong Kong before July 1997," Pompeo said in a statement.

Meanwhile, Taiwan President Tsai Ing-wen directed her Cabinet to draw up an “action plan” to assist Hong Kongers looking to move to Taiwan.

“Our commitment to caring for the people of Hong Kong will not change no matter what adjustments we make to our system,” Tsai said on Twitter.

Many people on Hong Kong have been looking to immigrate to Taiwan which claims its independence from Beijing while China calls it a “breakaway province”.