The loss of the four young men is extremely sad and we share grief of their families – British journalist
Read: 1507

Hubble captured a sculped galaxy that is moving away from us
Read: 407 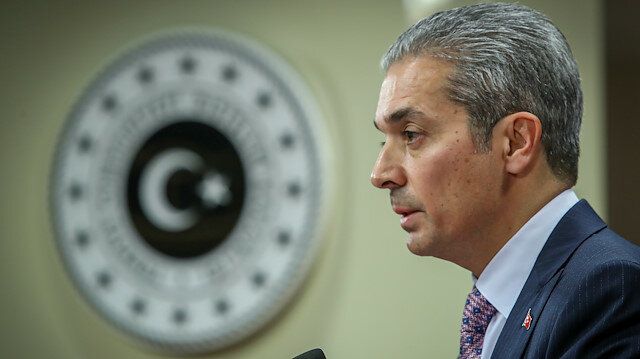 The proposals of the EU on the Cyprus issue, "which have never referred to the equal rights of the Turkish Cypriots on the island's natural resources, are "far from serious", said Turkish Foreign Ministry's spokesman on Saturday, EDNews.net reports citing Yeni Safak.

In a written statement, Hami Aksoy responded to the High Representative of the EU Josep Borrell's proposal, which plans to bring together Turkey and the Greek Cypriot administration.

Aksoy said that until the Cyprus issue on hydrocarbon resources is resolved, the interlocutor of the Greek Cypriots is the Turkish Cypriots.

He said that in this context, the interlocutor of the Greek Cypriot administration's Foreign Ministry is not Turkey but Foreign Minister of the Turkish Republic of Northern Cyprus (TRNC) Kudret Ozersay.

Stressing the solution efforts, Aksoy said if a solution is desired in the Eastern Mediterranean issue, the two peoples on the island should come together as soon as possible to establish a common cooperation mechanism for research and operation of hydrocarbon resources, including revenue sharing.

He added that the limitation of maritime jurisdiction areas in the west of the Cyprus Island is possible only after the Cyprus issue is resolved.

Aksoy stressed that Turkey will never sit at the table with the Greek Cypriot administration that has usurped the title of "the Republic of Cyprus" and does not represent the Turkish Cypriots.