Macron told why France did not support the Haftar’s forces in Libya | Eurasia Diary - ednews.net 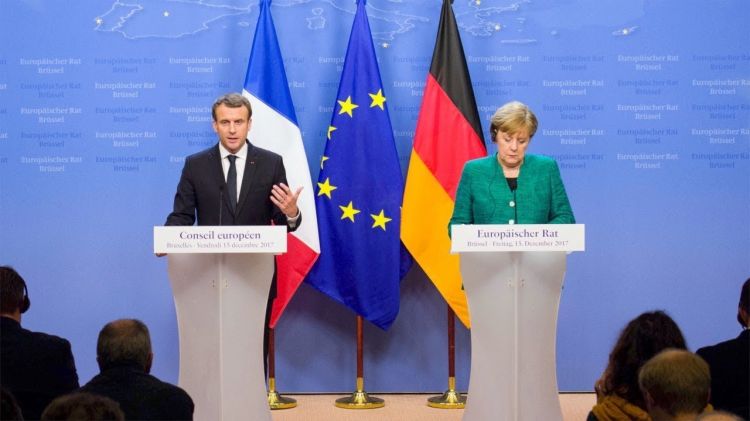 France does not support the head of the Libyan National Army (LNA) Khalif Haftar in Libya, French President Emmanuel Macron said on June 29 at a press conference in a suburb of Berlin after meeting with German Chancellor Angela Merkel, EDNews.net reports citing Bulgarian Military News.

He assured the audience that France, together with Germany, was working on a political settlement of the conflict in Libya, and the military operation launched by Haftar in April 2019 completely contradicted the position of Paris.

“The conflict between the Government of National Accord (GNA) and the LNA has caused a flow of migrants to Italy, but also to other countries,” Macron said.

The French president also blamed Turkey and Russia for what is happening in Libya. He said that he was discussing the situation in Libya with Russian President Vladimir Putin.

According to Macron, the Turkish Republic ignores the agreements reached earlier this year during the Berlin conference. Ankara “is increasing its military presence and is transferring militants from Syria to Libya,” he recalled.

Turkey’s position, by interfering in the affairs of Libya with a violating NATO member, “is unacceptable because it poses a threat to peace for Africa, but also for Europe,” Macron added.

Recall that in Libya, the conflict continues between the GNA Fayez Sarraj, controlling Tripoli and the western part of the country, and the LNA led by Khalifa Haftar, who has been trying to recapture the capital since April 2019.