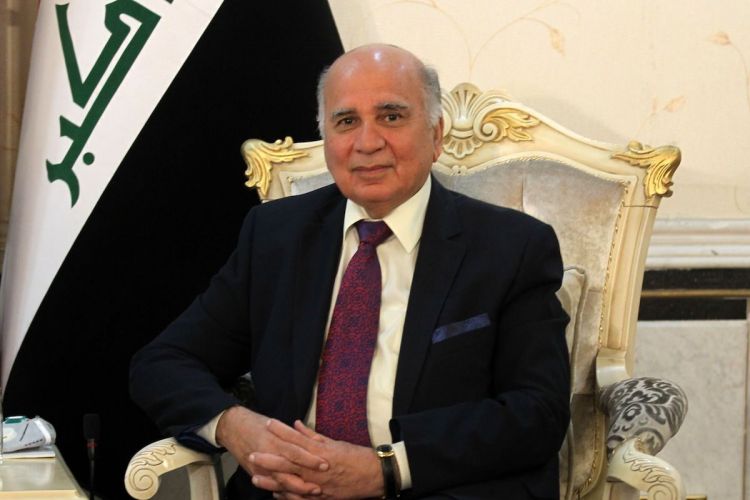 According to the Foreign Ministry’s statement, during his participation via videoconference at the Brussels IV Conference on “Supporting the future of Syria and the region”, Hussein emphasised that: “Iraq supports preserving Syria’s unity, sovereignty, territorial integrity, independence and non-interference in its internal affairs, and endorses its reintegration in Arab politics.”

The Iraqi minister stated that the political solution is the only guarantee to stop the Syrian people’s suffering, while reiterating the need to fight all terrorist organisations without exception, specifically Daesh and its ideology.

Hussein pointed out that: “The sanctions and measures imposed on Syria have had a great impact on the Syrian people and on the relief, education, economics and health sectors in particular, in light of the coronavirus pandemic.”

He also highlighted: “The importance of the international community’s continuous support to Syrian refugees’ host countries, especially Iraq, which hosts 260,000 refugees, amid the current circumstances.”