Trump believes Russia, China are against his re-election
Read: 402 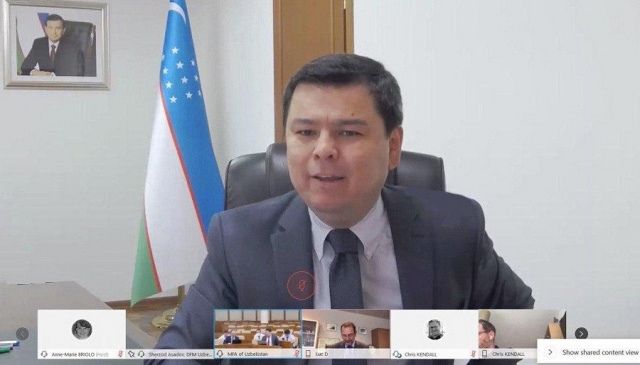 The fifth round of negotiations on the draft Enhanced Partnership and Cooperation Agreement between the Republic of Uzbekistan and the European Union took place within the framework of the working group on political and security issues, via videoconference on July 10-11, EDNews.net reports citing Uza..

The delegations were led by Deputy Minister of Foreign Affairs of the Republic of Uzbekistan Sherzod Asadov and Deputy Managing Director for Europe and Central Asia of the European External Action Service Luke Devine.

The parties noted significant intensification of contacts at the highest level between Uzbekistan and the EU, as well as EU member states. In this context, a schedule of upcoming events at various levels, planned for the second half of this year, was considered.

The parties noted with satisfaction the progress achieved in the negotiation process and expressed their readiness to speed up the agreement of the text of the EPCA, the signing of which will expand political, trade-economic and investment cooperation between Uzbekistan and the EU member states.