Russia trying to aid Trump in election - US Intelligence
Read: 401 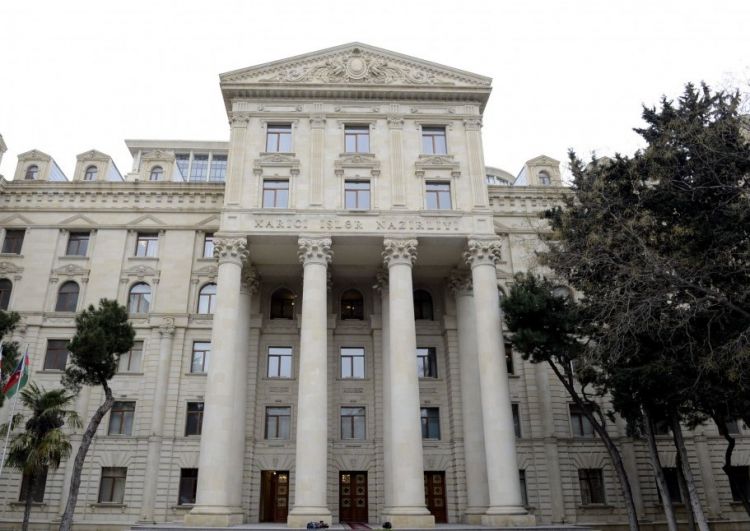 The aggressive policy of Armenia posing direct threat to the regional peace and security was once again confessed in the speech of the prime minister Pashinyan during discussion of this country’s National Security Strategy at the meeting of the Security Council held in Yerevan on July 10 of this year, the Press service department of Azerbaijan’s Ministry of Foreign Affairs told, EDNews.net reports citing APA.

It is noted in the report that Armenia reflecting in the country’s national strategy its groundless territorial claims against Azerbaijan’s internationally recognized lands, its policy based on the military occupation committed in blatant violation of the international law, still remains a center of serious threat in the region: “The occupant Armenia talking about the right to self-determination of the Armenian community living on the Azerbaijani territories militarily occupied by Armenia and reflecting this intention as a “national goal” in its security strategy once again turns blind eye on the international law including principles of the Helsinki Final Act of 1975.

We remind the Armenian side that the principle of self-determination of peoples in no case can be applied to the Armenian community living in Nagorno Garabagh region of Azerbaijan and in general, the self-determination principle stipulated in the 8th item of the Helsinki Final Act should be implemented in accordance with the UN Statutes, norms and principles of the international law, and especially the principle of territorial integrity of states.

The determination by Armenia’s leaders as the purpose of the negotiations held for solution of the conflict of the implementation of the “sovereignty” claim on the Azerbaijani territories kept under military occupation by Armenia, and preservation of results of its occupational policy openly shown that this country puts serious obstacle in the process of solution of the conflict and demonstrates disrespect to decisions and resolutions of the international community.

Armenia’s leaders should understand that they have ended up completely alone in the issue of solution of Armenia-Azerbaijan Nagorno Garabagh conflict due to the policy conducted by them currently.

This country’s gullible national security strategy that is far from international realities is nothing but an attempt to calm down its own people discontented with the bankrupted domestic policy.

Azerbaijan’s response measures for ensuring restoration of its territorial integrity including the internationally recognized territories, namely the Nagorno Garabagh region and the adjacent regions being under temporary occupation and the return of the Azerbaijani internally displaced people to their homes are based on the right given to it by the international law, the UN Statutes, the resolutions of the UN Security Council and the country’s Constitution. Meanwhile, the responsibility for the increasing tension in the region directly falls on the occupant Armenia”.