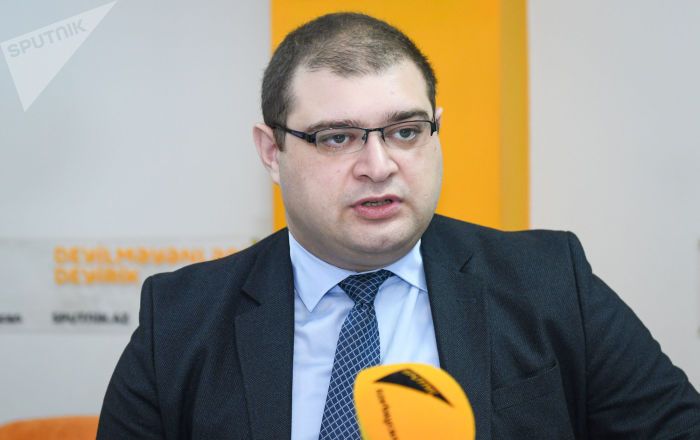 The head of Caucasus Analytical Center, Ahmad Allili made statement on the post shared on social media by Maria Zakharova, spokeswoman of Russian Ministry of Foreign Affairs.

Yesterday, Russian MFA spokesperson Maria Zakharova published a social media post during the ARM-AZE military clashes, which caused a lot of questions. Here is the translation of the post:

"What we need right now are the St. Petersburg Forum and the 'JARA' (Heat) musical festival in Baku. Well, you understand."

One might assume the statement was from someone who had to deal with an unwanted issue at 1.00 pm – it is not a workhour, definitely. Nevertheless, one might also consider the social-media post had a message to deliver.

1- "We know everything and decided not to react". It is a message primarily to Armenia, which for the last two decades, was sure that it has a CSTO (ODKB) shield, which will protect it against Azerbaijan. Previously, high-ranking Kremlin officials made clear that the CSTO shield is not against CIS countries. Hence, the CSTO shield is not active against Azerbaijan. CSTO did not react during April 2016, and Kremlin decided not to respond to this case (so far). The comments by users of Armenian origin under Ms. Zakharova's post are something to read to grasp the message entirely.

2- "There is a need for StPeterburg forum". It is not entirely clear what Ms. Zakharova means, but we assume it is a reminder about Vienna-St.Peterburg meetings right after April 2016 'Four Day War'. In June 2016, President Aliyev's aid on foreign-affairs back then Mr. Novruz Mammadov made a shocking statement about agreement on implementation of previously reached agreements: Return of 5 + 2 regions surrounding NK at the beginning and return of AZE IDPs back to NK, and leaving the status to NK Armenians and Azerbaijanis decide. Azerbaijani side was sure that this time, due to pressure from the Russian side, ARM has no option but to start the implementation of the agreements. What happened next was President Serj Sargsyan's visit to Moscow in the first week of August 2016 and meeting with RUS President Putin. Apparently, ARM President asked to postpone the implementation of the agreement – Armenia back then was changing the constitution. Presumably, the Kremlin was expecting Karen Karapetyan (former Chief executive of ArmRosGazprom) to replace Serj Sargsyan as the head of Armenia. Mr. Karapetyan was a more pleasant person for Russia to implement its vision in the resolution of the NK conflict. BUT Pashinyan happened, and the rest is history. AND Ms. Zakaharova reminds everyone 'what we need right now is St.Peterburg forum.'

3. We might also try to decipher the 'JARA' component of the message, but I believe it is more about the current state of affairs in AZE-RUS relations. Plus, do not forget 'Jara' means 'Heat' in Russian.