“Armenia once again demonstrates that it cannot live in peace with its neighbors” - Azerbaijani Presidential aide
Read: 715

US blocked major arms deals with Turkey, including the F-16 modernization
Read: 700

'I want to thank all the young people in this country!' - UNICEF Representative to Azerbaijan on International Youth Day - VIDEO
Read: 692

There are different opinions among the public about the attack of the Armenian military forces on the Azerbaijani positions, and our political scientists and politicians have different views on the situation. There is also an opinion that Armenia wants to attract the attention of Russia and the CSTO to itself by creating this provocation.

"Since the Armenian government is not homogeneous and there are differences in views and approaches in the cabinet, the intentions behind the latest incident on the Armenian-Azerbaijani state border can’t be unequivocally assessed. Under current circumstances and in this context, the phrase of the Pashinyan government should be used carefully because that government is not homogeneous. In particular, relations between Prime Minister Nikol Pashinyan and Defense Minister David Tonoyan are not so smooth as they seem,” Rahimov noted.

Political analyst said that Tonoyan has role in the events happened on the border with Azerbaijan.

“Tonoyan is a new generation, Western-educated Armenian officer well versed in the NATO system and mentally closer to NATO military thinking. But he considers the alliance with Russia extremely vital for Armenia. That is to say that, the application of NATO-style approaches from a tactical point of view, and the strengthening of the alliance with Russia from a strategic point of view, are characteristic features of Tonoyan's vision. Both of these features are reflected in the latest armed clash,” – Rahimov stressed.

Rahim Rahimov also touched upon the purpose of the provocation committed by Armenia on the border.

"To attract further attention of Russia and the CSTO as the major strategic military-political ally is, of course, important and matters a lot to Yerevan. However, in my view, Armenia’s no less important point here is to divert attention from Karabakh and other occupied territories of Azerbaijan to the Armenian-Azerbaijani state border. In addition, Armenia intended to exert a psychological effect on Azerbaijan and to flex muscles,” Rahimov added. 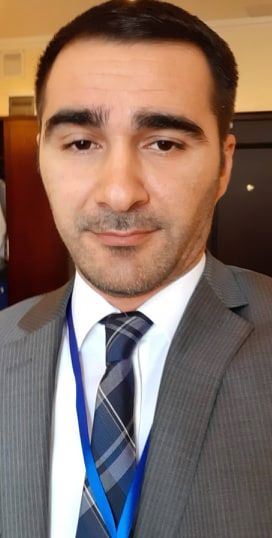