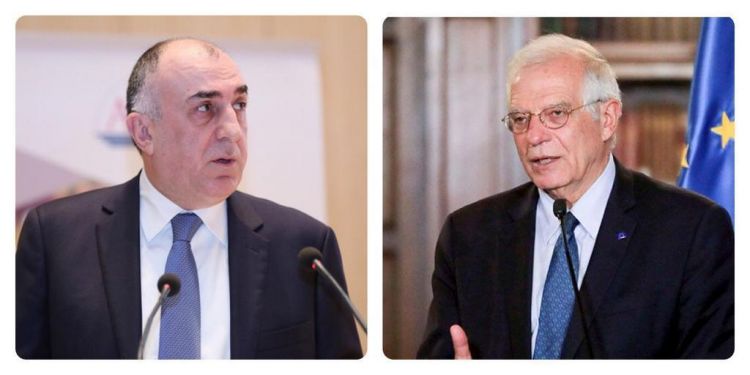 Mammadyarov made the remarks during phone conversation with EU High Representative for Foreign Affairs and Security Policy Josep Borrell on July 13.

Minister informed the EU official about the attempt of the Armenian armed forces to attack the Azerbaijani- Armenian border, prevention of this military provocation and the ongoing tense situation in the region.

He stressed that Armenia and its aggressive policy poses a serious threat to peace and security in the region, including major geostrategic projects in the region.

In turn, Borrell stated that a representative of the EU’s European External Action Service published a statement on the incident on the border between the two countries.

Moreover, he called on the EU to take urgent measures to prevent tension in the region,and voiced support for the mediation efforts of the OSCE Minsk Group Co- Chairs and called for substantive negotiations on the conflict settlement.

Four Azerbaijani soldiers were killed during the Armenian attack on the border near Azerbaijan's Tovuz district on July 12-13. Azerbaijan repelled the attack, destroying Armenian military faciliites and equipment.