International community must condemn Armenia for the violation of the territorial integrity of Azerbaijan - Turkish Professor | Eurasia Diary - ednews.net 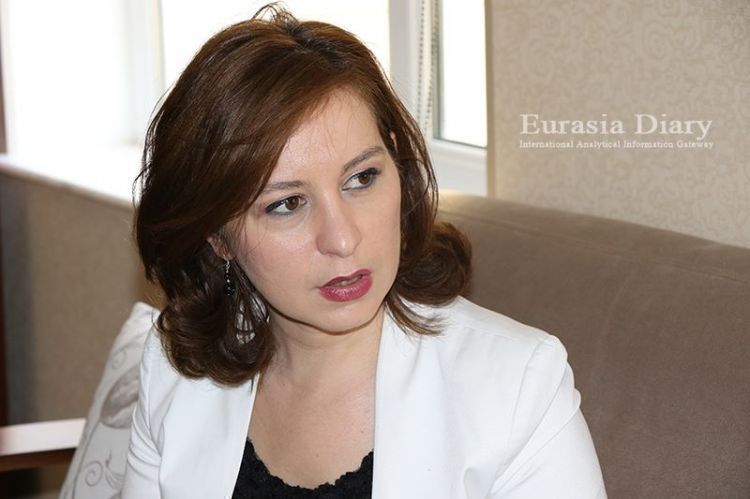 Turkish professor Naciye Selin Senocak, who is a member of Academic Council Board of Dialogue of Civilizations Research Institute, condemned Armenia's attacks on Azerbaijan positions at the Azerbaijan-Armenia border. Selin Senocak conveyed condolences to families of martyred soldiers and share the grief of Azerbaijan population. She called on the international community to impose strict sanctions on Armenia for the violation of international law and the territorial integrity of Azerbaijan.
'I strongly condemn the attack of the Armenian armed forces on Tovuz region of Azerbaijan. I convey my condolences to the brother Azerbaijan and Azerbaijani people for the martyrs who lost their lives, and I wish speedy recovery to the wounded. This attack which is yet another manifestation of Armenia's aggressive nationalism, has been repelled by Azerbaijan. These attempts, which Armenia has made to distract the attention of the international community from its continued illegal occupation of Azerbaijani territory Nagorno Karabakh and its surrounding regions for many years and to add new dimensions to the conflict for blocking the political settlement, are bound to fail. The International Community must strongly condemn and use strict sanctions on Armenia for the violation of International law and violation of territorial integrety of Azerbaijan," - Selin Senocak stated.
It should be noted that there has been intensive fighting between Armenian and Azerbaijan armed forces at the contact line and at the state border. Recent tense situation still continues. According to the press service of Azerbaijan Defense Ministry, on 12-13 July Armenian armed forces attempted to seize the positions of Azerbaijan military units at the border, using heavy artillery. But, Azerbaijan army in the fierce battle involving artillery, mortars and tanks, paid retaliation to Armenian forces by launching a strong military operation. Azerbaijan army has successfully suppressed Armenian attack. As a result of the violation of the state border by Armenian military units, four Azerbaijan soldiers were martyred and four were wounded.