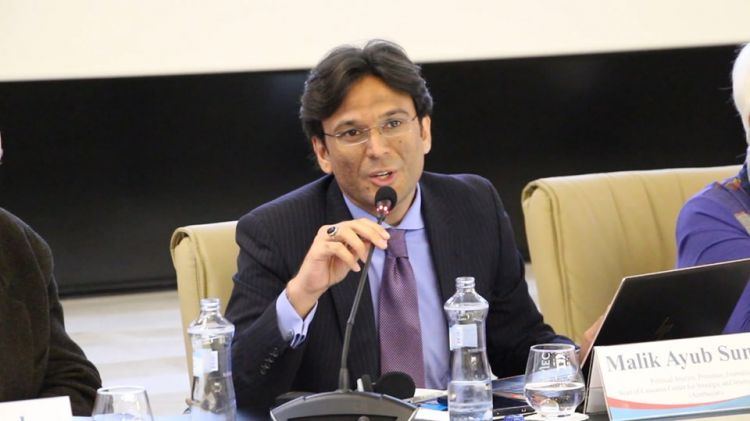 Global affairs analyst and commentator Malik Ayub Sumbal has made statement on the recent situation at the Armenian-Azerbaijan border.

The coward act of Armenian aggression in the Tovuz district of Azerbaijan is a sheer violation of international borders and law. The act is actually an attempt of Armenia to drive global attention from the peaceful dialogue and negotiation process on Nagorno Karabakh.

Armenian aggression can jeopardize the whole South Caucasus region. The incident on July 12-13, 2020, is being considered as a direct attack on Azerbaijan and the repercussions of this incident can result in massive catastrophe.

The global powers have to come forward and take serious action on Armenian intervention in the main territory of Azerbaijan. The act of Armenia is an open challenge to the sovereignty of Azerbaijan.

Armenia is losing its legal and moral position on Nagorno Karabakh and there is mounting pressure on Armenia by the international community for the peaceful solution of Nagorno Karabakh according to the UN Resolutions. At this time, to get rid of such kind of diplomatic moves Armenia has launched another major front in Tovuz.

When the whole world is busy against the Covid19 Armenian Prime Minister has chosen a very dangerous path that can take the whole region into war and bloodshed.