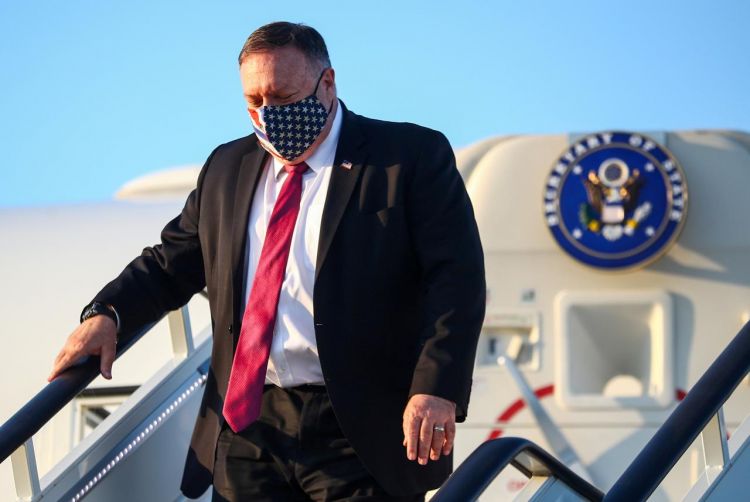 U.S. Secretary of State Mike Pompeo will discuss ways to tackle the growing might of China when he meets Britain’s Prime Minister Boris Johnson on Tuesday, just a week after London ordered a purge of Huawei gear from the 5G network, EDNews.net reports citing Reuters.

President Donald Trump lauded Johnson’s ban on Huawei, though he also claimed he had forced London’s hand due to concern over China, which he considers to be the United States’ main geopolitical rival of the 21st century.

As Britain toughens its stance on China due to its handling of the novel coronavirus and a crackdown in Hong Kong, Pompeo’s visit is an attempt to stiffen Johnson’s resolve and dangle the potential reward of a post-Brexit free trade deal, diplomats say.

“We welcome news that the UK will  prohibit new purchases of 5G equipment from Huawei and  phase out existing Huawei equipment from its 5G telecommunications networks,” the U.S. State Department said in a statement about the trip.

“The UK made this important decision to protect its national security interests, just as countries around the world are doing,” it said.

China says the West - and Washington in particular - is gripped by a mixture of anti-Chinese hysteria and colonial thinking about the communist state as it only seeks to bring prosperity to its 1.4 billion people.

China in 1979 had an economy that was smaller than Italy’s, but after opening to foreign investment and introducing market reforms it has become the world’s second largest economy.

China, whose $15 trillion economy is five times the size of the United Kingdom’s, has warned London that its Huawei ban would hurt investment as Chinese companies had watched as London “dumped” the national telecoms champion.

Pompeo will discuss with Johnson so far vague intentions to create an alternative to Huawei. He is also due to meet Hong Kong democracy activist Nathan Law and the last British governor of Hong Kong Chris Patten.