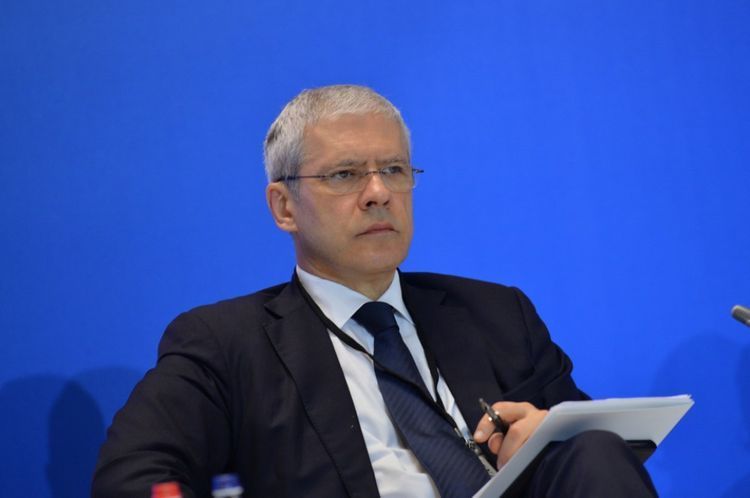 "After more than two decades of building the closest friends and strategic relationships between Azerbaijan and Serbia, mutual support in international institutions in defending the territorial integrity of both countries as well as basic principles of international law, exceptional economic cooperation, infrastructure construction, and cultural exchange, huge shadows have been cast over efforts of our two people and countries, due to the uncontrolled export of weapons from Serbia, which was used in military action against friendly Azerbaijan," said aid Boris Tadic, former president of Serbia and a member of the Nizami Ganjavi International Center board and Board of Trustees Member of the Nizami Ganjavi International Center, EDNews.net reports citing APA.

"I must express my deepest regrets over such developments, primarily because during my tenure, together with my friend President Ilham Aliyev, I was the initiator of the strategic partnership between the two countries. That was the time of extremely complicated international security and economic circumstances, as well as significant temptations that hit Azerbaijan and Serbia.

"In recent years, having in mind the complex experience in the field of security, I have publicly pointed out in all the risks of insufficient control in arms export in my country, as well as the fact that private companies owned by blacklisted arms dealers have been reactivated in Serbia. Those are the same people who were not allowed to trade weapons during my term. Unfortunately, my public appeals were not taken into account by the current leadership of Serbia, which led to the collapse of my country's international credibility, and even worse- to an absolutely incomprehensible violation of our relations with Azerbaijan.

I hereby, once again, express my regrets over the new situation and as a former president of Serbia and a member of the Nizami Ganjavi International Center board and Board of Trustees Member of the Nizami Ganjavi International Center, I am ready to do everything that is in my power to bring back the relationship between our countries to the level of strategic partnership.

The friendship between two nations has to remain intact," Serbia's ex-president said.