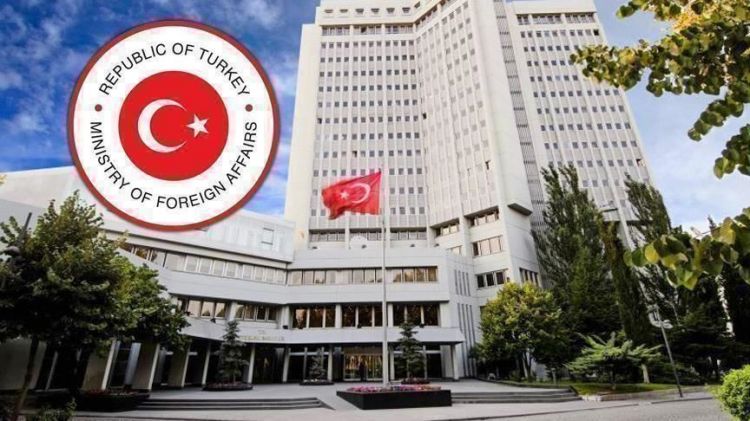 Turkey on Wednesday announced that it agreed with Russia that the Libyan conflict would not be resolved through military means and that it could only be settled through a UN-facilitated, Libyan-led-and-owned political process, EDNews.net reports citing Anadolu Agency.

In a statement, the Turkish Foreign Ministry said the two countries would continue joint efforts, including encouraging the Libyan sides to the conflict, to create "conditions for a lasting and sustainable ceasefire."

The ministry said that in high-level consultations, Ankara and Moscow agreed to facilitate the "advancement of the intra-Libyan political dialogue" in line with the 2020 Berlin Conference on Libya and in coordination with the UN.

In January, a conference took place in the German capital Berlin in order to start a political process and reach a permanent cease-fire in Libya. Global powers and regional actors expressed commitment to support a cease-fire, respect arms embargo and support the UN-facilitated political process.

The two countries will call on the Libyan parties to take measures for the "safe humanitarian access and delivery of urgent assistance to all those in need" and will "consider" creating a Joint Working Group on Libya.

It added that they would convene the next round of consultations in Moscow in "the near future."

Reaffirming their "strong commitment to the sovereignty, independence, unity and territorial integrity of Libya," they underlined the necessity to "combat terrorist individuals and entities."

They also reaffirmed their determination to continue talks to achieve security and stability in the North African country and improve the humanitarian situation there.

Since the ouster of late ruler Muammar Gaddafi in 2011, two seats of power have emerged in Libya: Haftar in eastern Libya supported mainly by Egypt and the UAE, and the Government of National Accord (GNA) in Tripoli, which enjoys the UN and international recognition.

Haftar has the support of the United Arab Emirates, Egypt and Russia while the UN-recognized government is backed by Turkey.