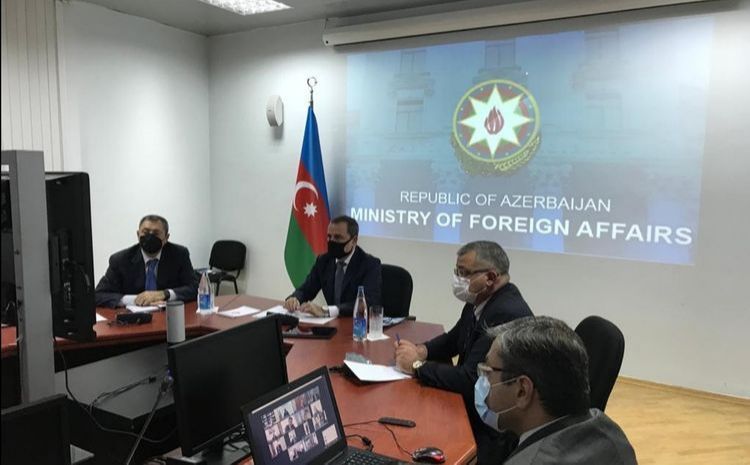 Minister of Foreign Affairs of Azerbaijan Jeyhun Bayramov held video conferencing with heads of our country’s diplomatic missions and consulates to the USA, as well as to a number of European countries in connection with turning into a target of the radical Armenians’ extremely aggressive and provocative actions of the members of the local Azerbaijani communities in a number of foreign countries, as well as our diplomatic missions in those countries in recent days, EDNews.net reports citing APA.

The meeting was also attended by Assistant to the President of the Republic of Azerbaijan, Head of Foreign Policy Issues Department of the Administration Hikmat Hajiyev and the chairperson of the State Committee for Work with the Diaspora Fuad Muradov.

The videoconference participants conducted exchange of ideas around the situation developed in connection with committing of criminal actions on the ground of hatred and committing of acts of vandalism against the peaceful Azerbaijani demonstrators, as well as Azerbaijan’s diplomatic missions and foreign service officers by the radical Armenian forces in a number of the European capital cities, as well as in the USA.