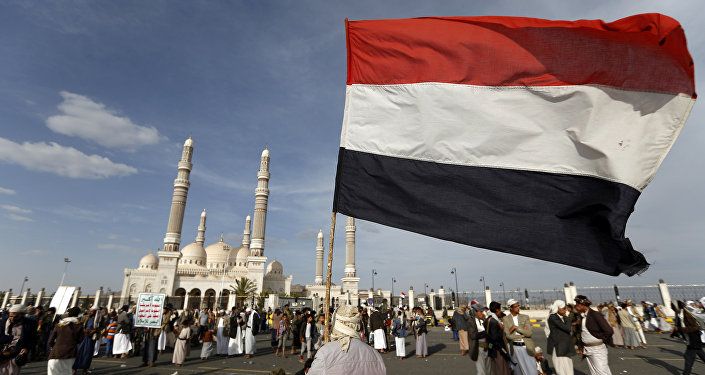 On 5 November 2019, the Yemeni government and the Southern Transitional Council (STC), controlling five southern governorates, signed in Riyadh a reconciliation agreement mediated by a Saudi-led Arab Coalition to Support Legitimacy in Yemen. Confrontations between the two sides persisted until a ceasefire was signed in late June, EDNews.net reports citing Sputnik.

The Yemeni government and the Southern Transitional Council agreed on a mechanism proposed by Saudi Arabia on Tuesday regarding the implementation of the Riyadh Agreement on reconciliation in Yemen, signed in November 2019, a spokesperson for the Saudi Foreign Ministry tweeted early Wednesday.

The two parties agreed on forming a new joint cabinet in Aden within 30 days and withdrew troops from the capital, according to a press release posted by the ministry and Saudi state media.

The resolution proposed by Saudi Arabia on late Tuesday suggested a “rejection by the Transitional Council of its declared autonomy in the south of Yemen”, reorganizing the military and security forces and uniting efforts under the Saudi-led coalition’s leadership to restore Yemen’s security.

“The mechanism proposed by Saudi Arabia for the early implementation of the Riyadh agreement between the government of Yemen and the Southern Transitional Council [...] includes the continuation of the ceasefire, which began on June 22, the rejection by the Transitional Council of its declared autonomy in the south of Yemen, the appointment of a governor and head of security in Aden, vesting the prime minister of Yemen with the powers to form a new government within 30 days,” the statement

On early Wednesday, the STC announced that it would abandon self-administration. The council said that the decision was made for the sake of achieving security and stability in the country.

The Transitional Council announces the abandonment of the previously declared self-administration in the southern provinces, so that the Arab coalition led by Saudi Arabia can achieve the implementation of the Riyadh agreement,” stated a spokesperson for the TSC Nizar Haitham in a press release.

The Saudi Minister of State for Foreign Affairs, Adel al-Jubeir, said in a statement later in the day that the proposed mechanism to accelerate the implementation of the Riyadh Agreement "represents a qualitative shift to a stage that contributes to unifying the line and activating state institutions to serve the Yemeni citizen".

The Deputy Saudi Minister of Defence, Prince Khalid bin Salman, said in a Wednesday statement that reaching consensus on the Saudi-proposed mechanism by the Yemeni parties “shows the possibility of resolving Yemeni differences through dialogue without the use military force”.

Later in the day, Yemeni President Abdrabbuh Mansur Hadi tasked Prime Minister Maeen Abdulmalik Saeed to form a new joint government, noting that the current government would continue until the formation of a new one, according to Yemen Now.

On November 5, 2019, the government, led by Hadi and the Southern Transitional Council, signed a peace deal in Riyadh to put an end to military confrontation.

In particular, the Riyadh agreement envisioned that the separatist south council should return facilities and state institutions, which they had previously seized in Yemen’s south, to the government.

In April, the Aden-based STC introduced self-governance in the country’s southern provinces, declaring a state of emergency enforced by the armed forces.