daily news
Egypt and Qatar have agreed to restore diplomatic ties
Azerbaijani oil prices continue to grow
Ambassador: "Many organizations and bodies in Turkey are ready to provide any kind of support to Azerbaijan"
Pakistan conducted a successful flight test of Shaheen-III having a range of 2, 750 kilometers
Trump says he is proud to be the first president in decades starting no wars
UK ambassador to Azerbaijan makes statement on January 20 tragedy
Turkey to launch indigenous frigate Istanbul on Jan 23
Heads of religious confessions in Azerbaijan visit Alley of Martyrs
﻿

Moscow urges US politician not to meddle in Russian affairs
Read: 834

Lithuanian journalist who witnessed the bloody tragedy - "All this was a plan aimed at the Armenian occupation"
Read: 636

The unblocking of Armenia’s borders with neighboring states could actually harm Russia's position in the region - Expert
Read: 393

The bravery of those who sacrificed their lives on 20 January for independence should never be forgotten - British journalist
Read: 343 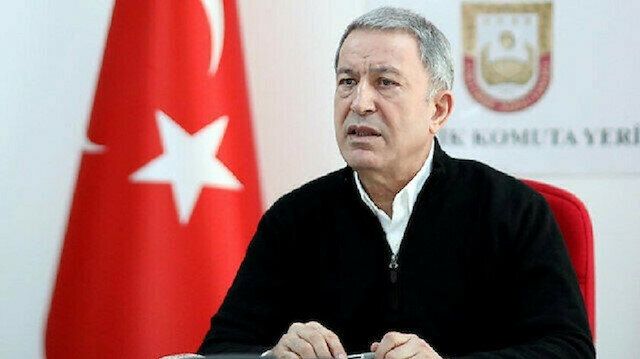 Turkish and Greek officials will meet in the capital Ankara in the coming days to address issues that have led to rising tensions, Turkey’s defense minister said on Friday, EDNews.net reports citing Yeni Safak.

“We try to solve problems with these [kinds of] meetings. Our work continues in this direction,” Hulusi Akar said after prayers for a Muslim holiday in Selimiye Mosque in Edirne, northwestern Turkey.

On Thursday, a Greek official said Athens wants to hold talks on the delimitation of maritime boundaries with Turkey.

At a weekly news conference, government spokesman Stelios Petsas stressed the importance of open communication channels with Turkey, especially amid rising tensions, referring to the Aegean and Eastern Mediterranean.

He added that Prime Minister Kyriakos Mitsotakis held a phone talk with Greek Cypriot leader Nicos Anastasiadis on the arrival of a Turkish energy exploration vessel, the Barbaros Hayrettin Pasa, in the Turkish Republic of Northern Cyprus (TRNC).

Turkey is a guarantor nation for Turkish Cyprus and has consistently contested the Greek Cypriot administration's unilateral drilling in the Eastern Mediterranean, asserting that the TRNC also has rights to the resources in the area.

In 1974, following a coup aimed at the annexation of Cyprus by Greece, Ankara had to intervene as a guarantor power. In 1983, the TRNC was founded.

The decades since have seen several attempts to resolve the Cyprus dispute, all ending in failure. The latest, held with the participation of the guarantor countries – Turkey, Greece, and the UK – came to an end without any progress in 2017 in Switzerland.