Pakistan, Turkey to stay in close contact on all issues of common interest | Eurasia Diary - ednews.net

Pakistan, Turkey to stay in close contact on all issues of common interest 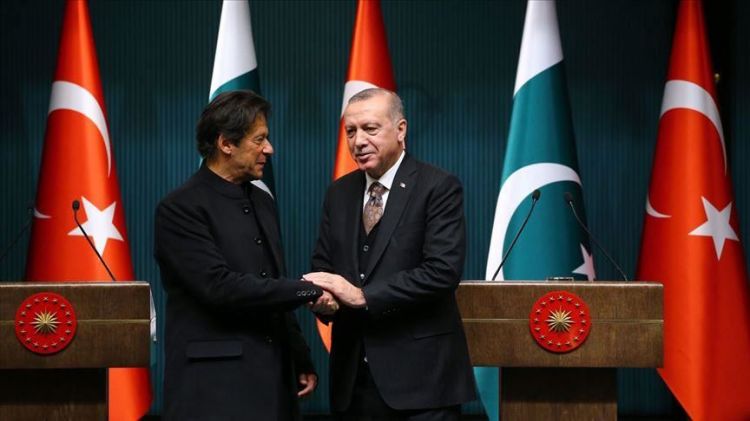 Pakistan and Turkey have agreed to stay in close contact on all issues of common interest, EDNews.net reports citing Daily Pakistan.

The consensus to this effect was reached during a telephonic conversation between the Prime Minister Imran Khan and Turkish President Recep Tayyip Erdogan.

The Pakistani premier congratulated Turkish President on re-opening of Hagia Sophia for prayers and informed him that millions of Pakistanis watched it live on television.

He said Pakistan deeply appreciates Turkey's steadfast support for the just cause of Kashmir, which President Erdogan reaffirmed during his address to the joint session of Parliament in February this year.

PM Imran briefed the Turkish President about government's strategy to contain the spread of coronavirus pandemic in Pakistan and particularly focus on saving lives and securing livelihoods.

They also discussed need for Pakistan and Turkey to jointly work for medicine development in the face of Covid-19.

The President Arif Alvi highlighted the plight of Kashmiris in the Indian Illegally Occupied Jammu and Kashmir, and the Muslims in India who are living under the shadow of fear and discrimination.

He recalled President Erdogan’s unequivocal statement before the UN General Assembly and expressed the hope that Turkey will continue to raise its principled voice on this issue.