'There must be no place for anyone’s blackmail and diktat' - Putin on Persian Gulf | Eurasia Diary - ednews.net 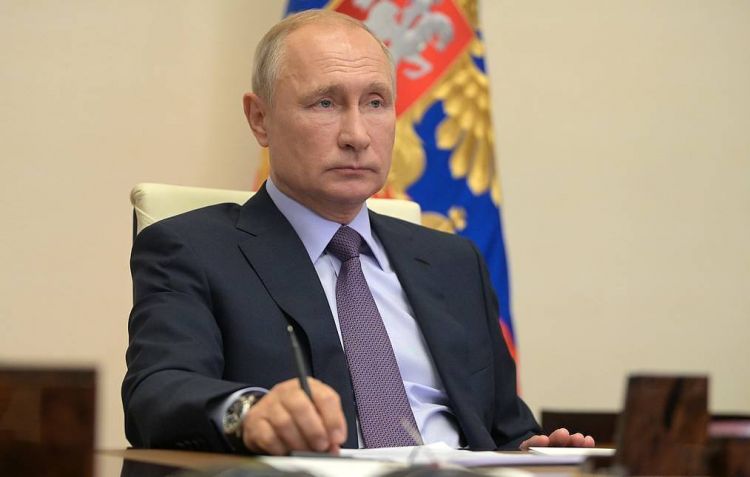 Any side's blackmail and diktat is inadmissible in the Persian Gulf and in any other place in the world, Russian President Vladimir Putin said in a statement posted on the Kremlin’s website on Friday, EDNews.net reports citing TASS.

In his statement, the Russian leader called for jointly overcoming problems arising in the region.

"In that region [the Persian Gulf], like in any other point in the world, there must be no place for anyone’s blackmail and diktat. Unilateral approaches towards searching for solutions do not help," Putin stressed.

As the Russian leader recalled, in 2019 Russia submitted a renewed concept of security in the Persian Gulf, which "stipulated specific ways for effectively resolving the tangle of problems in that region."

"We are convinced that the problems can be overcome, if we treat each other’s positions with due attention and responsibility and act with respect and on a collective basis," the statement reads.

Addiotionally, . The Russian Foreign Ministry invited US President Donald Trump to take a look at Russian President Vladimir Putin’s initiative on convoking an online summit on Iran and the nuclear deal.

Trump told reporters on Friday he was not yet informed about Putin’s initiative.