'US has 'never been so isolated' - Iran on arms embargo | Eurasia Diary - ednews.net

Azerbaijan has right to use its armed forces to take back its legally acknowledged territory - British journalist
Read: 258

'US has 'never been so isolated' - Iran on arms embargo 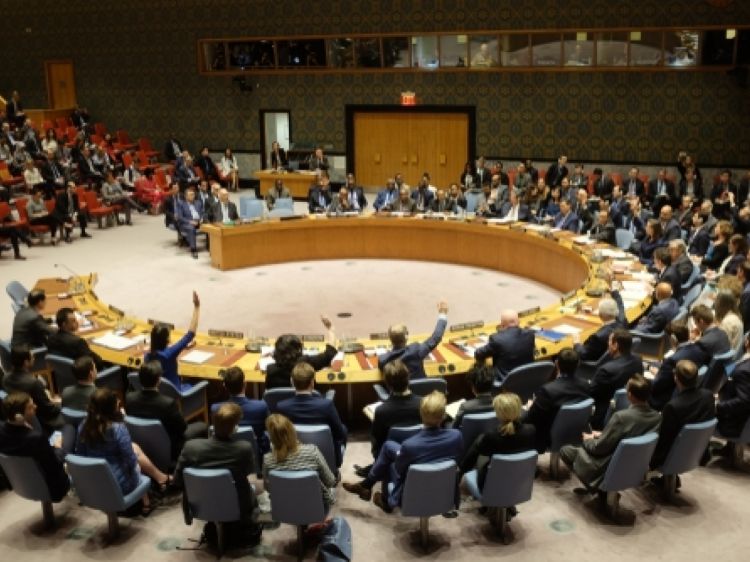 Iran has hailed the UN Security Council vote that rejected a US bid to extend an arms embargo on the Islamic republic, saying Washington has "never been so isolated", EDNews.net reports citing Aljazeera.

In the Security Council vote on Friday, the US got support only from the Dominican Republic for its resolution to indefinitely extend the arms embargo on Iran, leaving it far short of the minimum nine "yes" votes required for adoption.

Eleven members on the 15-member body, including France, Germany and the United Kingdom, abstained.

"In the 75 years of United Nations history, America has never been so isolated," foreign ministry spokesman Abbas Mousavi tweeted.

"Despite all the trips, pressure and the hawking, the United States could only mobilise a small country (to vote) with them," he added, in reference to failed efforts by US Secretary of State Mike Pompeo to rally support for a US resolution.

The embargo on conventional arms sales to Iran is due to expire on October 18 under the terms of a resolution that blessed the 2015 nuclear deal between Tehran and world powers.