Azerbaijan has right to use its armed forces to take back its legally acknowledged territory - British journalist
Read: 272

Pompeo inks deal for US troop move from Germany to Poland 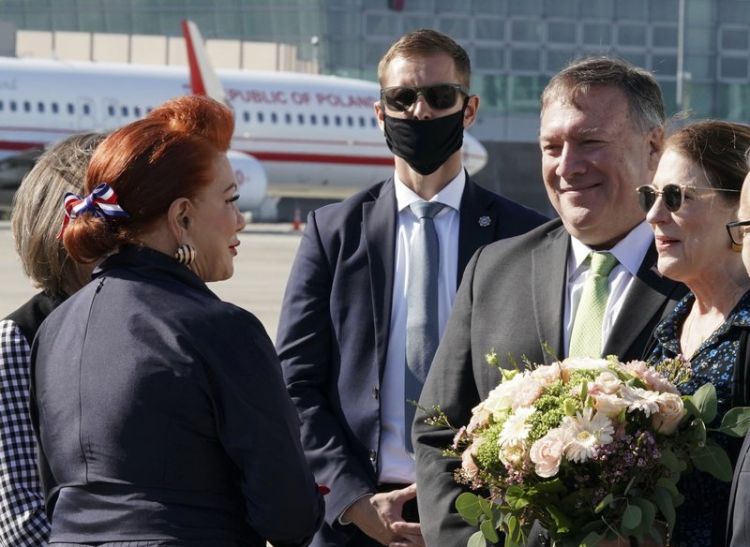 U.S. Secretary of State Mike Pompeo on Saturday sealed a defense cooperation deal with Polish officials that will pave the way for the redeployment of American troops from Germany to Poland, EDNews.net reports citing Associated Press.

In Warsaw at the end of a four-nation tour of central and eastern Europe, Pompeo and Polish Defense Minister Mariusz Błaszczak signed an Enhanced Defense Cooperation Agreement that sets out the legal framework for the additional troop presence.

“This is going to be an extended guarantee: a guarantee that in case of a threat our soldiers are going to stand arm-in-arm,” Poland’s President Andrzej Duda said during the signing ceremony. “It will also serve to increase the security of other countries in our part of Europe,” Duda said.

The deal would also further other aspects of U.S.-Polish cooperation, he added, citing primarily investment and trade ties.

The pact supplements an existing NATO Status of Forces Agreement and allows for the enhancement and modernization of existing capabilities and facilities by allowing U.S. forces to access additional Polish military installations. It also sets out a formula for sharing the logistical and infrastructure costs of an expanded U.S. presence in the country.

Some 4,500 U.S. troops are currently based in Poland, but about 1,000 more are to be added, under a bilateral decision announced last year. Last month, in line with President Donald Trump’s demand to reduce troop numbers in Germany, the Pentagon announced that some 12,000 troops would be withdrawn from Germany with about 5,600 moving to other countries in Europe, including Poland.

In addition, several U.S. military commands will be moved out of Germany, including the U.S. Army V Corps overseas headquarters that will relocate to Poland next year.