The desecration of Azerbaijani historical buildings and cemeteries is indicative of Armenian hatred - British Journalist
Read: 288

Design work has begun on the construction of another highway in the territories liberated from the occupation
Read: 186

Activities on provision of peacekeeping contingent of Russia are being held - Azerbaijan`s Defense Ministry - PHOTOS
Read: 183

Erdogan and Trump held phone talks over tensions in the Mediterranean 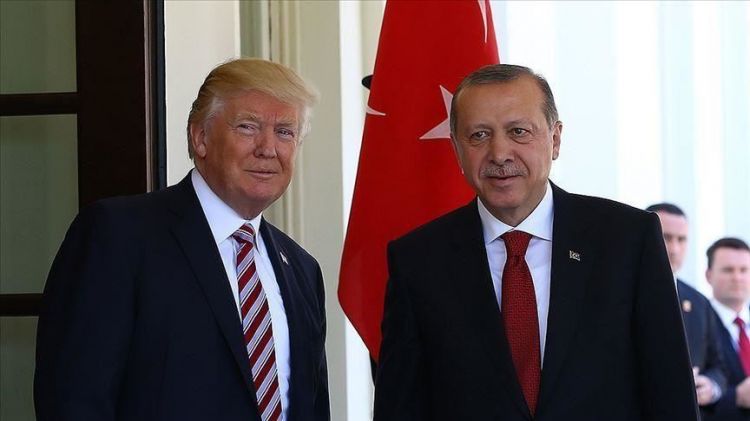 Recep Tayyip Erdogan reminded Donald Trump that Turkey is not a part creating instability in the Eastern Mediterranean.

He stressed that Turkey proved with "concrete actions" that it wants to reduce tensions and establish dialogue on the matter.

It should be noted that there are disputes between Greece and Turkey over the exploration of energy resources in the Eastern Mediterranean. Ankara is accusing Athens of trying to intervene in the sovereign maritime territory of Turkey based on small islands near the Turkish coast.

Turkish drillship has been recently focusing on the exploration of energy resources in the Eastern Mediterranean.  Turkish government said that Turkey and Turkish Republic of North Cyprus have rights to carry out activities in Mediterranean.

Turkish officials said that they support the political solution to disputes with Greece through dialogue.