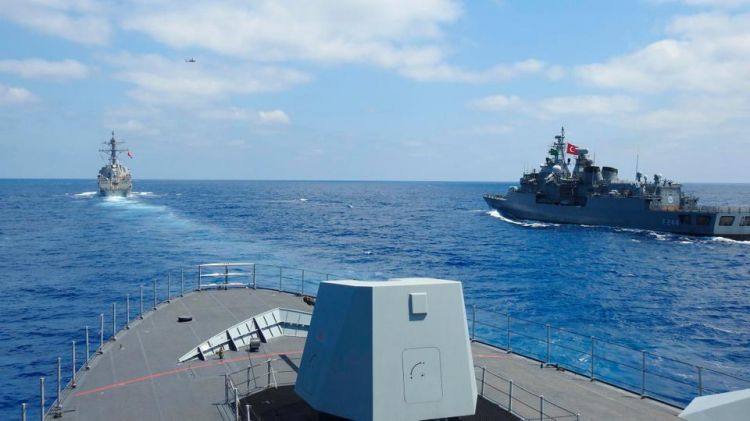 Turkey has extended its Mediterranean gas exploration mission and ordered new navy drills as the row between Ankara and Athens over energy and borders threatened to spiral out of control, TRT News reports.

Greece responded on Thursday by ratifying an equally contentious maritime agreement with Egypt that Turkey blames for starting the latest chapter of the restless neighbours' old dispute over rights to resource-rich seas.

Tensions between Turkey and Greece escalated last month after a Turkish research vessel was dispatched with naval warship escorts into disputed Mediterranean waters.

The Oruc Reis ship was to carry out gas exploration off the Greek island of Kastellorizo, two kilometres (1.2 miles) from the Turkish coast.

The two NATO members have also been staging rival war games in a conflict that could imperil Europe's access to vast new energy deposits and also threatens to embroil war-torn Libya and other countries in the Middle East.

Neither side appeared ready to stand down on Thursday in a fast-developing crisis involving multiple navies from European powers as well as the United States.

The Turkish navy said it was prolonging the stay of the Oruc Reis research vessel and its accompanying warships in waters claimed by Greece by an extra five days to Tuesday.

It also announced plans to hold "gunnery exercises" at the edge of its territorial waters in the northeastern corner of the Mediterranean next Tuesday and Wednesday.

"We are determined to protect our rights," Turkish Defence Minister Hulusi Akar said.