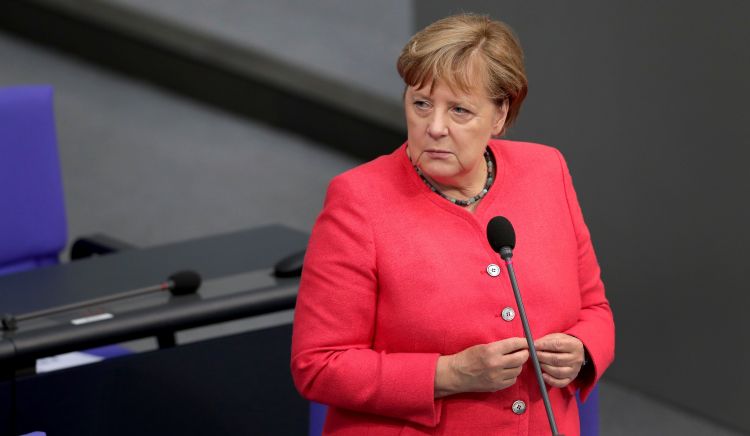 German Chancellor Angela Merkel made a statement about the tension between Greece and Turkey in the Eastern Mediterranean. Merkel said that she discussed the issue seriously with French President Emmanuel Macron. She  said "All EU countries must support Greece".

"As EU member states, we all have a duty to support our Greek friends' rights. But I made an effort to avoid the tension. This is sometimes only possible if both sides talk over again. The discussions can only be carried out together. Germany is making an effort for this, " Merkel stressed.

Merkel stated that Germany has kept neutral position in the tensions between Turkey and Greece in the Eastern Mediterranean and it favoured resolving the issue through bilateral dialogue.

It should be noted that German Foreign Minister Heiko Maas paid official visit to Ankara and Athens amind the tension between Greece and Turkey. He called both sides to apply on the solution of conflict through dialogue.