The desecration of Azerbaijani historical buildings and cemeteries is indicative of Armenian hatred - British Journalist
Read: 298 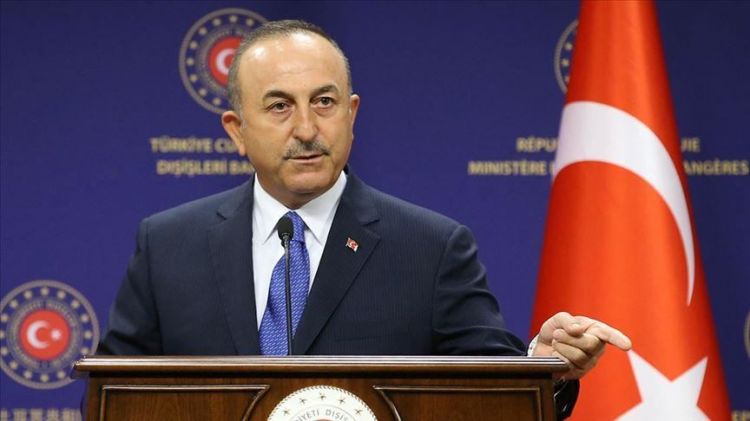 Turkey's foreign minister warned Greece on Saturday against doubling its territorial waters in the Ionian Sea from 6 to 12 nautical miles, Anadolu Agency reports.

"They cannot extend it to 12 miles. The decision taken by our Assembly years ago is valid. This could cause war,” Mevlut Cavusoglu told news channel A Haber.

In the future, Greece could also extend its territorial waters in other maritime areas, he added.

Greek daily news Ekathimerini confirmed that Prime Minister Kyriakos Mitsotakis said in Parliament this week that Greece plans to extend the western limit of its territorial waters in the Ionian Sea to 12 miles. The announcement was made during a debate ahead of a vote on Greece’s maritime boundaries agreement with Italy and a similar one with Egypy.

According to Kuna News, Greece's Foreign Minister Nikos Dendias and his Italian counterpart Luigi Di Maio signed agreement in Athenes on June 9 on the demarcating their maritime borders.

Dendias also inked the another deal with his Egyptian counterpart Sameh Shukri in Cairo on August 6 on demarcating maritime borders between two sides.

After signing the deal between Greece and Egypt, Turkey has resumed activities on the exploration of energy resources in the its maritime territory of the Eastern Mediterranean.

It should be noted that Greece has disputed Turkey's current energy exploration in the Eastern Mediterranean, trying to box in Turkish maritime territory based on small islands near the Turkish coast.

Turkey -- the country with the longest coastline on the Mediterranean -- has sent out drill ships to explore for energy on its continental shelf, saying that Turkey and the Turkish Republic of Northern Cyprus (TRNC) have rights in the region.