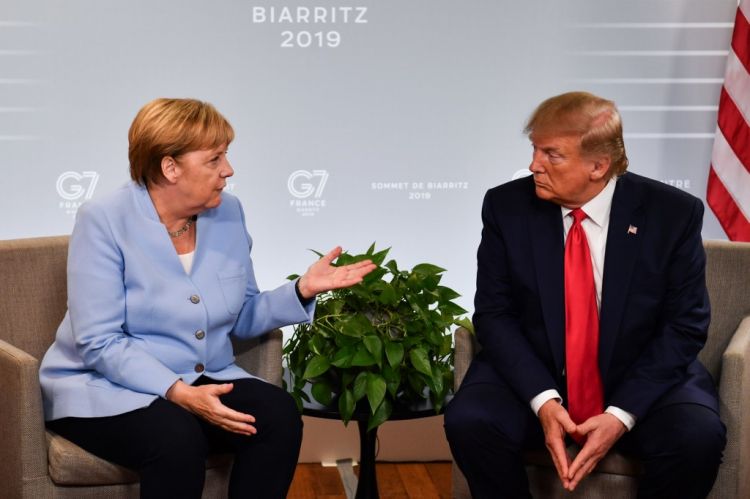 Greek Prime Minister Kyriakos Mitsotakis faces a particularly difficult few weeks as, while coordinating the response to a possible second wave of the coronavirus and seeking to bolster the economy against the repercussions of an unprecedented health crisis, he must also continue to handle ongoing tensions with Turkey in the eastern Mediterranean.

The role of U.S. President Donald Trump and German Chancellor Angela Merkel is seen as pivotal while Athens braces for the possibility of Turkish provocations continuing next week.

It is clear that an incident in the eastern Mediterranean would come at a heavy cost to both sides – and would further burden the battered Turkish economy. In view of this, Athens is banking on the involvement of both Washington and Berlin in the effort to de-escalate tensions.

Greece does not underestimate the significance of the close ties that the American president has developed with his Turkish counterpart, Recep Tayyip Erdoğan. However, Athens has been encouraged by the readiness Trump displayed in responding to the East Med crisis, calling Mitsotakis twice on Wednesday when tensions peaked and offering help to de-escalate the situation.

With Trump facing a difficult election in a couple of months, the support of the Greek diaspora has gained in significance. Also, Trump is unlikely to want his legacy to be tarnished by a conflict between two NATO member-states.

The same applies to German Chancellor Angela Merkel, who does not want a Greek-Turkish conflict – either due to an accident or due to Ankara further escalating tension – while her country holds the European Union’s six-month rotating presidency. Although a recent visit to Ankara by German Foreign Minister Heiko Maas did not yield any concrete results, Merkel is sure to persist in trying to create a climate for dialogue between the two sides.

While in Athens, however, Maas made it clear that some kind of sanctions will be unavoidable at the end of September if Turkey continues with its transgressions.

Athens feels that it has made two significant gains as Erdoğan attempts to forcefully bring change in the eastern Mediterranean and Aegean: the approval of a deal with Egypt partially delineating exclusive economic zones, and Greece’s announcement of an extension of its territorial waters in the Ionian Sea from 6 to 12 nautical miles.

This version of Artcile is written by  Costis P. Papadiochos