Nagorno-Karabakh and seven adjacent regions of Azerbaijan are in great danger from the current actions of Armenia - American expert | Eurasia Diary - ednews.net 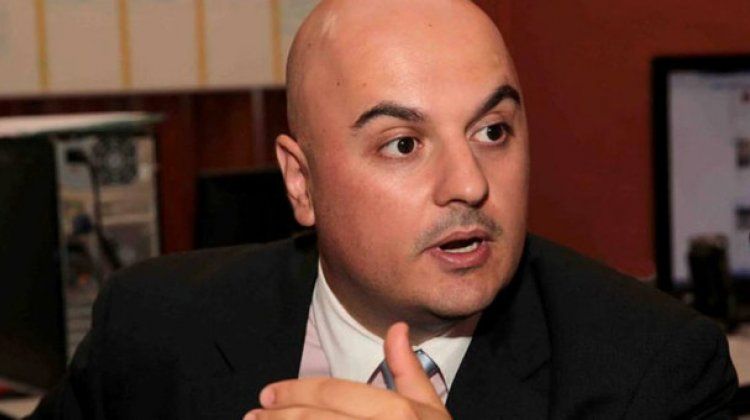 American expert Peter Tase, a expert on International Relations made statement on the illegal resettlement policy of Armenia in the occupied territories of Azerbaijan.

Armenian government leaders and fascist ideology is guided by dark shadows that are a real threat to the Multiculturalism fabric of Europe. The famous principle of what French society calls “Le tissue social” is in danger due to the aggressive actions and ethnic manipulations that are taking place inside the sovereign territory of Azerbaijan. These despicable acts taken by Armenian fascist authorities, implanting a new ethnic group in Nagorno-Karabakh is a despicable geopolitical act that implicates the inter-ethnic coexistence across Europe and Central Asia as massive LAND MASS. The very same institutions of European Union ( European Commission and European Council) must act urgently to stop the installment of ASALA terrorist groups and their training camps within the sovereign territory of Azerbaijan, that has been occupied by Armenian government for over three decades. It is time to ensure full territorial sovereignty of Azerbaijan and let us all unite the international community towards safeguarding peace and stability together with Azerbaijan, a nation and the government that has historically and unequivocally established democratic institutions that are truly envied in the western world and institutional tradition of Europe.

Nagorno-Karabakh and seven adjacent regions of Azerbaijan are in great danger from current actions taken by Armenian government. The fascist government of Armenia is meddling in ethnic composition of Southern Caucasus in such proportions that is a real and present danger for Europe’s inter-religious and cultural harmony. Whereas inside the sovereign territory of Azerbaijan, occupied by Armenia we will have a serious violation of European Convention on Human Rights and the artificial concoction of ethnic fabric inside the occupied territories of Azerbaijan is a recipe for disaster and this practice will spread like a wild fire from Belgium to the Balkans and Armenia’s manipulation  of recent and ancient history – through these irresponsible actions –should urgently be condemned by those countries that believe in International Laws and uphold Human Rights and four principal freedoms.