More Armenian families from the Near East are expected to be accommodated in the occupied Azerbaijani territories - Azerbaijani expert | Eurasia Diary - ednews.net 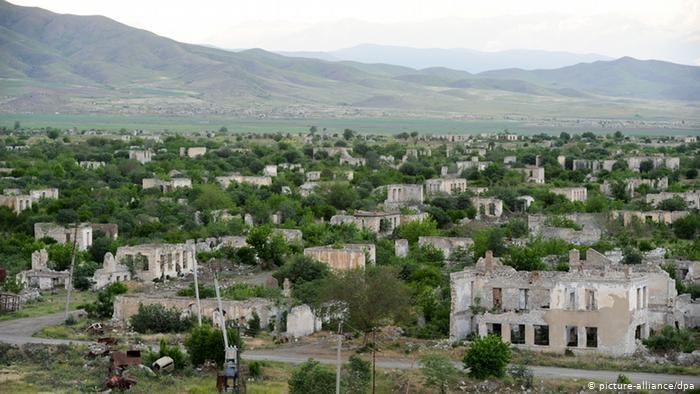 More Armenian families from the Near East repatriated in Armenia are expected to be accommodated in the Azerbaijani territories occupied by Armenia, said Rusif Huseynov, the head of Topchubashov center, Baku-based think tank.

According to the latest reports, 800 Lebanese-born Armenians have arrived in Armenia since July 1, 2020. Two families from them have been already settled in Nagorno-Karabakh.

"While the Armenian side strive to display this resettlement as a humanitarian mission and find moral justification, it brings more complication to the Nagorno-Karabakh conflict," Huseynov noted.

"The moral aspect in this case is simply hilarious, because the forces that welcomed a couple of refugee families from the Near East have already turned nearly one million ethnic Azerbaijanis into refugees and IDPs. The deserted areas are now being filled in with ethnic Armenians from elsewhere in order to Armenianize the region," he stressed.

Huseynov believed that shortsighted policy of Amenia also puts the newcomers in a limbo as they are being resettled in a conflict zone (instead of the Republic of Armenia itself) and their fate seems uncertain during the solution of the conflict.