The desecration of Azerbaijani historical buildings and cemeteries is indicative of Armenian hatred - British Journalist
Read: 413

Design work has begun on the construction of another highway in the territories liberated from the occupation
Read: 246

Activities on provision of peacekeeping contingent of Russia are being held - Azerbaijan`s Defense Ministry - PHOTOS
Read: 246

"I am very glad to announce that, Lachin region has been liberated from occupation." - Azerbaijani President
Read: 179 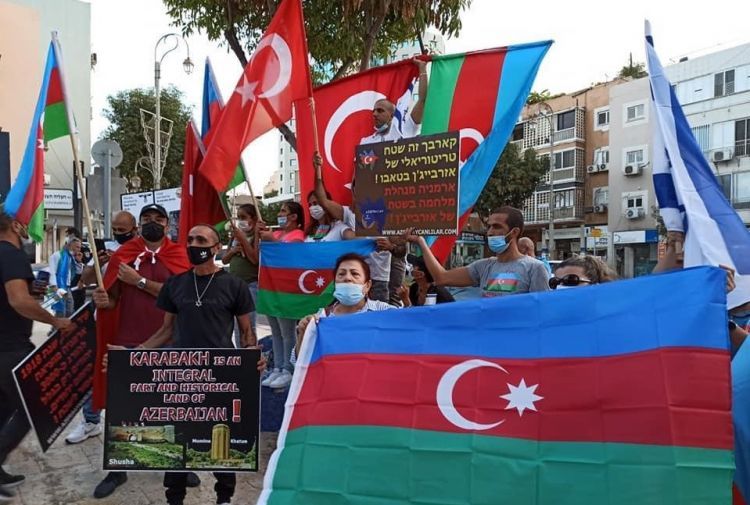 The Azerbaijani Diaspora in the Israeli city of Petah Tigwa held a rally protest of the occupier, aggressive and terrorist policy of the Armenian armed forces against our country.

Eurasia Diary reprts that, the protesters drew the attention of local residents to the loss of civilians, including minors and women, and the destruction of civilian objects as a result of rocket fire from the Armenian city of Ganja and other settlements far from the frontline of Azerbaijan. They strongly condemned these barbaric, ruthless acts of terrorism.

It was noted that Armenia and Armenian separatists violated the requirements of the Geneva Convention, fundamental human rights, the right to life of Azerbaijanis, and pursued a fascist policy with military provocations.The protesters called on the world community and the international community not to remain indifferent and silent to the acts of barbarism and vandalism by Armenians.

The event featured quotes from the address of the President of the Republic of Azerbaijan, Supreme Commander-in-Chief Ilham Aliyev  to our people and from interviews given to leading and influential TV channels of different countries.Thanks were expressed to Turkey, Israel, Pakistan, Ukraine and other countries for supporting Azerbaijan, which has a just and fair position.

The protest ended with the national anthem of Azerbaijan.

It should be noted that the Armenian army, violating the humanitarian ceasefire, fired rockets at Ganja, the second largest city outside the frontline of Azerbaijan, on October 11, 2020 at around 2.00 pm.

As a result of missile strikes by the occupying Armenian army, apartment buildings in the central part of Ganja collapsed, 10 people died, including 4 women, and 35 people were injured, including 16 women and 6 children. 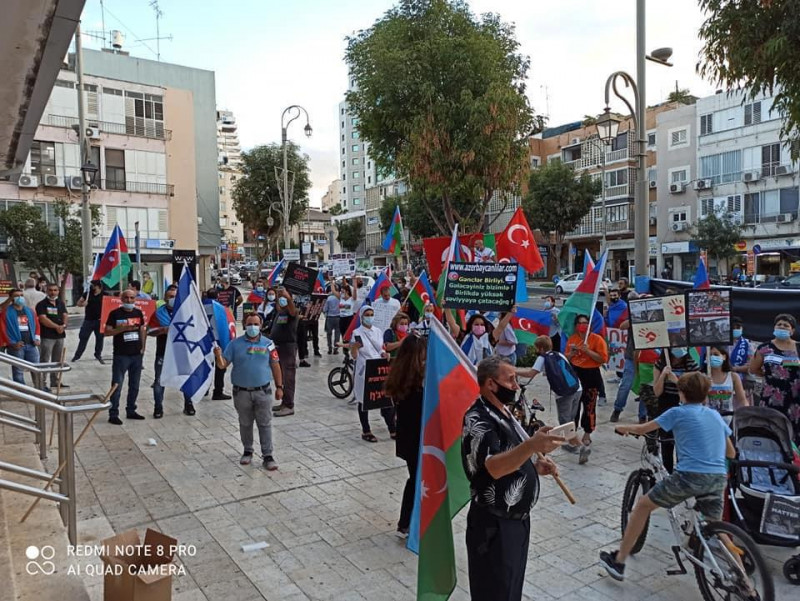 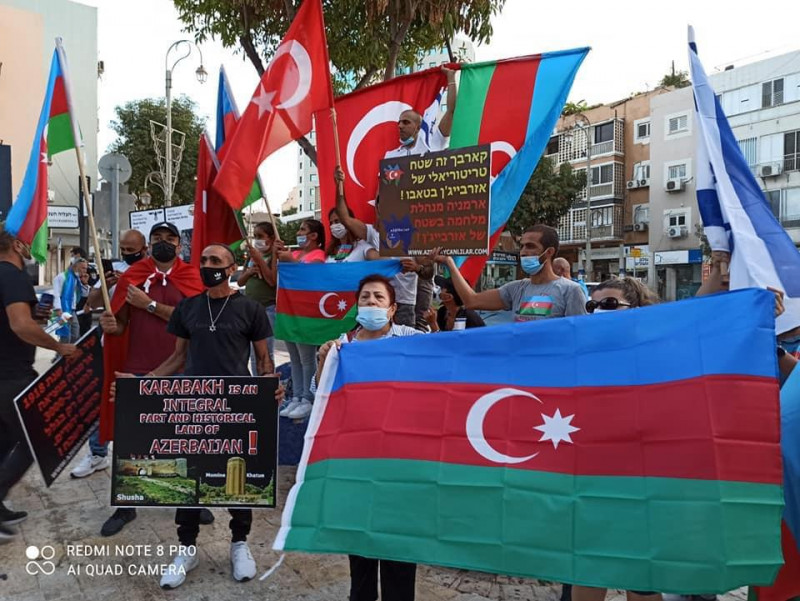 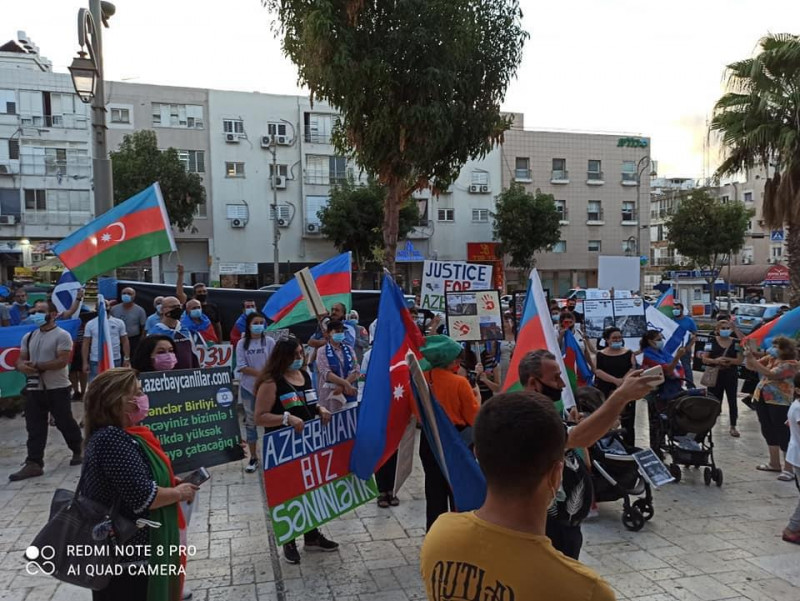