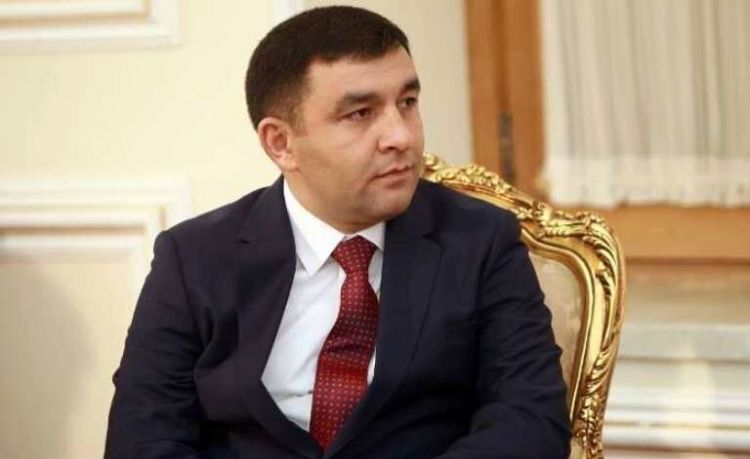 Huseynov made the remarks in an interview with Iranian official newspaper, IRAN, on Wednesday.

About three weeks ago, Azerbaijan and Armenia came into a conflict over Nagorno-Karabakh, a conflict which started in 1988 and led to military conflict in 1992.

The Azeri ambassador says that Baku is really ready to do so; meanwhile, Azerbaijan believes that exit of Armenian forces from Azeri lands is its right.

Further, Huseynov rejected the claim that Azerbaijan's Army has used Takfiri forces in the conflict as it is basically against Azeri people's beliefs.

Pointing to the role of the Minsk Group which has not been positive, the ambassador highlighted the important participation of the regional countries in mediation efforts.

Asked whether peace will be settled in the disputed region, the ambassador said his country is after end of the conflict through dialogue while the Armenian side has not shown determination to it.

As he noted, Azerbaijan has agreed on Russia' initiative to end the conflict via ceasefire, but the Armenian side broke the truce.

As Huseynov said, military information can confirm which side has violated the truce.

In Azerbaijan's opinion, ceasefire can be settled and conflict will be resolved only under a condition that Armenian armed forces leave Azerbaijan's soil, he underlined.

Speaking about several drones crashed in cities in Iranian borders, the ambassador said Baku sees borders with Tehran as opportunity, so it does not make military threat in borders.

Also, if it might happen, Azeri officials would talk about the issue with their Iranian brothers, he added.

About how much Azerbaijan attaches importance to its relations with Iran, the ambassador said Baku did not close borders with Tehran even for an hour since the outbreak of the coronavirus pandemic in Dec 2019.

Political determination is behind strengthening relations with Iran, he stressed.

In a related development, Iran has repeatedly asked for settlement of the conflict and urged cessation of hostilities in Nagorno-Karabakh.