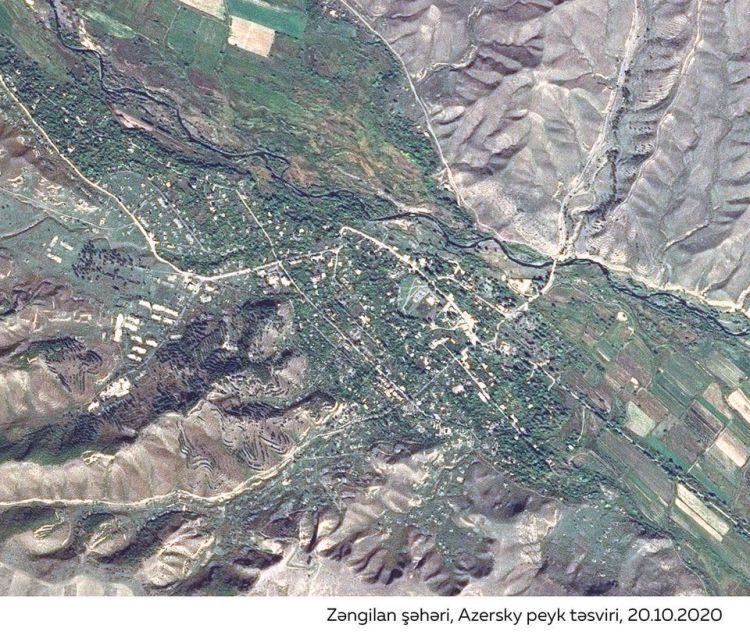 Zangilan city has been liberated from Armenian occupation after 27 years. Eurasia Diary present the satellite image of Zangilan city, shared by Azercosmos.

"Besitchay state reservation, is one of the rare natural miracles in the world,which is rich in plane trees, was violently destroyed by the Armenians for ages in the Zangilan district. As a result of destructive impact of the occupiers on the environment, fauna and flora of the district suffered serious damage," Azercosmos said.

“Unfortunately, the octagonal tomb of Yahya ibn Mohammad in the Zangilan district, dating back to the Middle Ages and distinguished by its architectural style, is also among the monuments of history and culture destroyed by the occupants,” the satellite operator added.