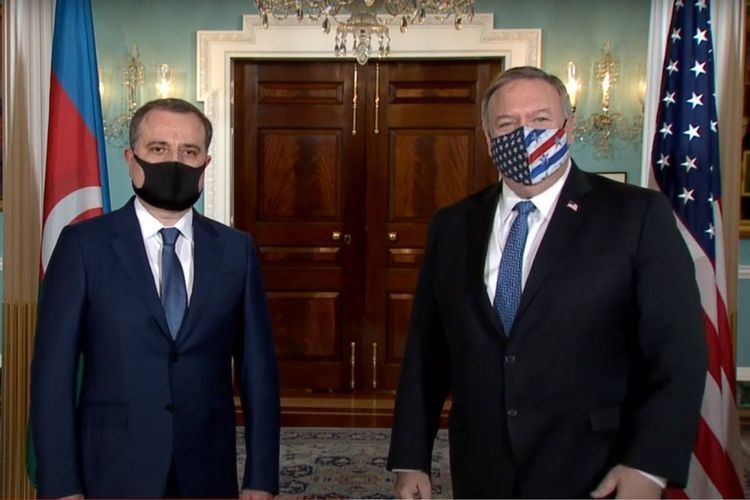 During his working visit to the United States on October 23, Azerbaijani Foreign Minister Jeyhun Bayramov met with US Secretary of State Mike Pompeo, Eurasia Diary reports citing the press service of the Azerbaijani Ministry of Foreign Affairs.

Mr. Bayramov conducted a discussion on the latest situation in the Armenian-Azerbaijani Nagorno-Karabakh conflict, provided detailed information on the destructive policy of the Armenian side, the targeted firing of Azerbaijani civilians, the mass recruitment of mercenaries and terrorists from abroad, and other issues.