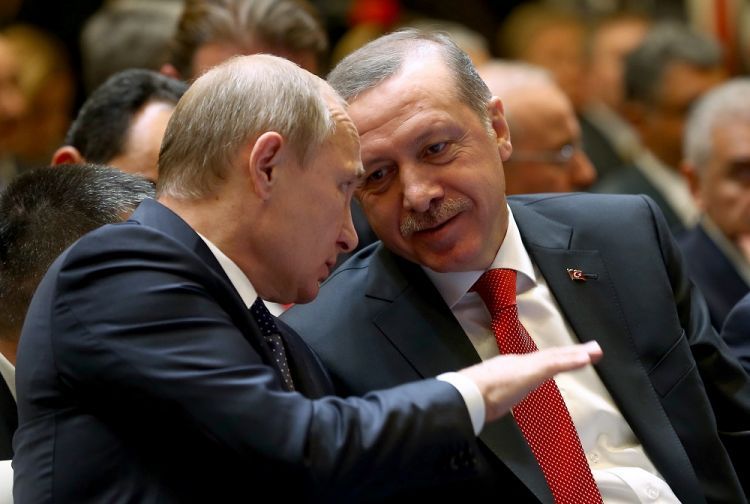 Yesterday, Turkish President Recep Tayyip Erdogan held a telephone conversation with his Russian counterpart Vladimir Putin.
During the talks, the sides discussed the conflicts in Nagorno-Karabakh, Syria and Libya, Eurasia Diary reports citing TASS.
"The latest situation in Nagorno-Karabakh was discussed. The Russian side expressed deep concern over the military action," the Russian press service said.
In addition, Putin informed Erdogan on his talks with the leaders of Azerbaijan and Armenia. They also  discussed a ceasefire and the de-escalation of the conflict.
The leaders of the two countries agreed to continue mutual coordination between the diplomatic and defense agencies, including the special intelligence services of their countries.
The talks were initiated by the Turkish side.