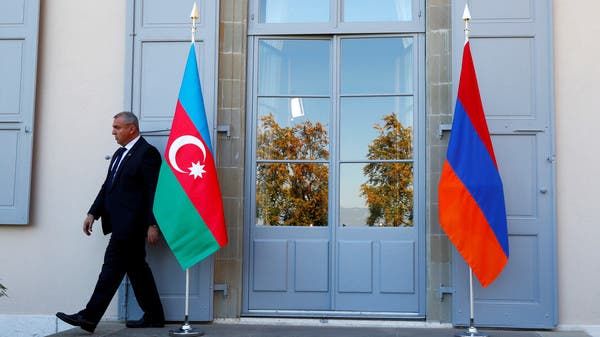 Tomorrow, there will be significant talks in Geneva, the city of Switzerland among the Foreign Ministers of Armenia and Azerbaijan and the Co-Chairs of the OSCE Minsk Group. Main issues are expected to be discussed in Geneva talks are to halt hostilities, abide by humanitarian ceasefire and return to the negotiations.

Despite three agreements on humanitarian ceasefire brokered by Moscow and Washington, the military operations in Karabakh continues with intensity, due to Armenia’s shelling to the positions of Azerbaijani army units as well as the residential settlements near and far from conflict zone.

It should be also noted that Azerbaijani Armed Forces during one month war have managed to liberate the four regions of Karabakh from Armenian occupation by conducting successful strategic and tactical military operations.

Eurasia Diary portal took comments from different political analysts on the expectations of Geneva talks and the substitute of Madrid Principles.

Azerbaijani political analyst Rahim Rahimov told our portal that the Geneva talks will not be much different from preceding meetings in Moscow and Washington.

“The expectations from Geneva talks should be kept low. And President Ilham Aliyev clearly explained the situation in his series of latest interviews to international media outlets. Azerbaijan wants peace based on its territorial integrity. However, Armenia rejects it. Mediators and this kind of meetings and negotiations pursue to achieve a cease-fire,” said Rahimov.

“As president Aliyev stated, no referendum on self-determination of Karabakh is acceptable to Azerbaijan. He also said that the deployment of peacekeepers can be considered at the final stage of the settlement process,” he said.

According to Cavid Valiyev, the head of the department at the AIR Centre, the results of Geneva talks depend on Armenian behaviours.

“During the three-humanitarian ceasefire time as a result of Armenian attacks 80 Azerbaijani civilians including kids lost their life. The Republic of Armenia acts like a terrorist state and this is act of war crime. Armenian government responsible for this war crime act,” he noted.

“Armenia`s aim is to keep Azerbaijani territories under the occupation. The region of Karabakh is internationally recognized territory of Azerbaijan,” he said, and adding that “any peacekeeping troops cannot be deployed in Karabakh without the approval of Baku,” he added.

“I expect nothing but the continuation of the war,” said Turan Gafarli, a researcher at the TRT World Research Centre.

Gafarli considered that the agreement on humanitarian ceasefire just works on paper, and it hasn’t and will not have brought about the end of fighting.

“Even if the parties will agree on another humanitarian ceasefire, it will fail. Main reason for that Armenia cannot be committed to the necessities of the ceasefire. We saw it in the previous agreements mediated by Russia, France and the US,” he stressed.

“Armenian attacks on civilians will continue even after the talks in Geneva. It is their way to retaliate for the lost territories in Karabakh,” he added.

Expressing his opinion on the solution of Nagorno-Karabakh conflict, he noted that the solution of the problem is to liberate all of the occupied parts through military means.

Touching upon Madrid Principles, Gafarli said that Azerbaijan does not need basic principles after it has liberated most of territories from Armenian occupation.

“President Ilham Aliyev mentioned that Azerbaijan does not need it anymore since the army already liberated most of the adjacent districts. There are rumours that Azerbaijani army also liberated Lachin corridor, Lachin town and came closer to Shusha and Khankendi,” he said.