" Now, Armenians have two choices: Either they accept the situation or leave the country " - Rovshan Ibrahimov
Read: 345

Iran’s proposal can pave way for peace in Karabakh conflict 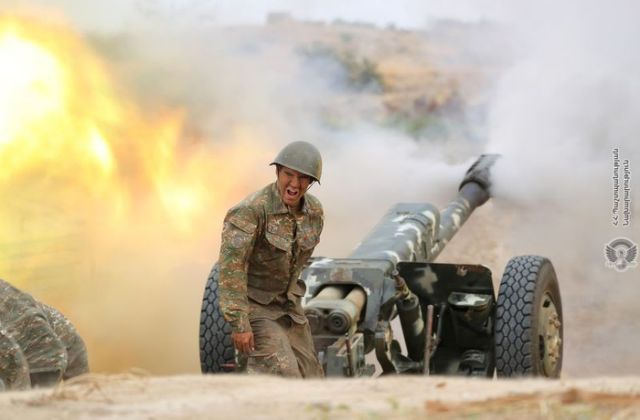 Iranian President’s Special Envoy said that an initiative proposed by the Islamic Republic of Iran over Nagorno-Karabakh conflict can pay the way for peace, Eurasia Diary reports citing Iranian Media.

Speaking upon his arrival in Armenian capital Yerevan on Fri., Seyyed Abbas Araghchi pointed to his visit to Baku and Moscow and added, “We had very intensive and useful talks in Baku and Moscow and we are going to hold talks with Armenian authorities with regards to finding a solution for peace.”

He added that, we believe in and adhere to a series of international principles. Iran's goodwill and capacity can be used for peace, especially for a lasting peace.

Iranian President’s Special Envoy arrived in Armenian capital Yerevan on Fri. after his meeting with high-ranking officials of Republic of Azerbaijan and Russian Federation on Thursday.