Azerbaijani MP calls on France for objectivity over Karabakh conflict 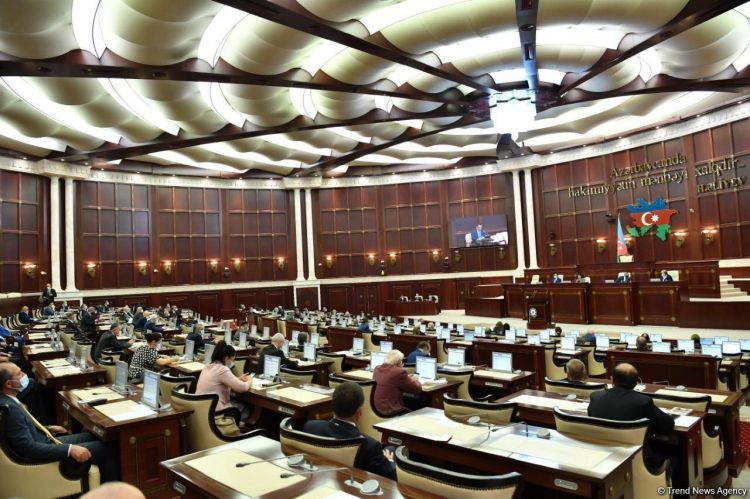 France, as a country that is a permanent member of the UN Security Council, is responsible for the preservation of international peace and security, Azerbaijani Parliament’s Member Tural Ganjaliyev said at the plenary meeting held on Nov.20, Trend reports.

According to Ganjaliyev, France being the co-chair of the OSCE Minsk Group, instead of an objective position in the Karabakh conflict, demonstrated a position that runs counter to the norms and principles of international law.

"I condemn and express my indignation at the country's non-objective and biased position on the Armenian-Azerbaijani Nagorno-Karabakh conflict. I call on the French side to be objective, because the position taken by it on the conflict, during which the rights of more than 1 million Azerbaijani refugees and internally displaced persons, is an extremely biased one," he said.

“I express my indignation at the biased and biased position of France on the Armenian-Azerbaijani Nagorno-Karabakh conflict,” added the MP.

Following over a month of military action to liberate its territories from Armenian occupation, Azerbaijan has pushed Armenia to sign the surrender document. A joint statement on the matter was made by Azerbaijani president, Armenia's PM and the president of Russia.

A complete ceasefire and a cessation of all hostilities in the zone of the Nagorno-Karabakh conflict were introduced at 00:00 hours (Moscow time) on 10 November 2020.

Armenian Armed Forces launched a large-scale military attack on positions of Azerbaijani army on the front line, using large-caliber weapons, mortars and artillery on Sept. 27. Azerbaijan responded with a counter-offensive along the entire front.

The conflict between the two South Caucasus countries began in 1988 when Armenia made territorial claims against Azerbaijan. As a result of the ensuing war, Armenian Armed Forces occupied 20 percent of Azerbaijan, including the Nagorno-Karabakh region and seven surrounding districts. The 1994 ceasefire agreement was followed by peace negotiations.