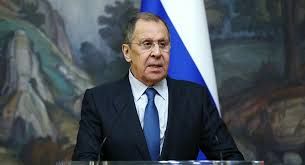 “The attempts to re-consider the trilateral statement regarding Nagorno Garabagh are unacceptable”, said Russia’s minister of foreign affairs Sergey Lavrov being on a visit to Yerevan at the briefing held by him, Eurasia Diary reports citing APA.

According to him, the statement dated November 10, related to trilateral settlement, and signed by leaders of Russia, Azerbaijan and Armenia in regard to settlement of the Nagorno Garabagh conflict may not be taken under suspicion: “It was confessed at the negotiations with the Armenian leadership that this statement has no alternative. It was noted that it is unacceptable to put the statement under suspicion inside and outside of Armenia. Armenia’s prime minister and president stated their full commitment to implementation of the statement. They said this statement solved serious problems, saved life of people”.