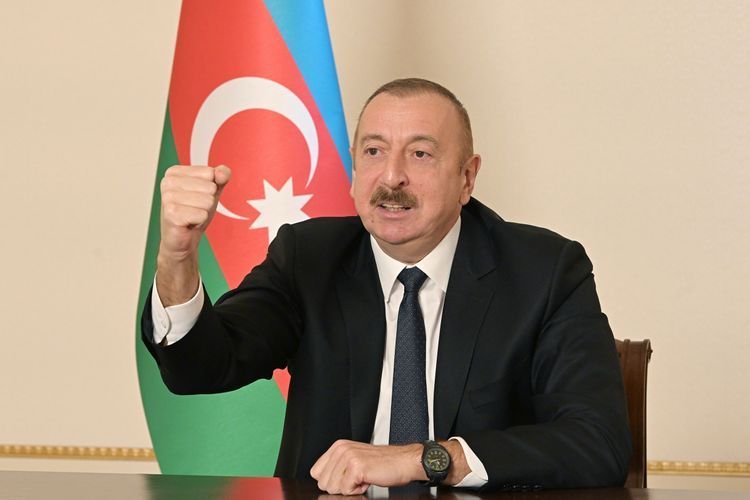 "When our soldiers saw that the Armenian population of one village of Aghdam district could not leave on time, they created conditions for them to leave. No-one insulted to them," said Azerbaijani President, Supreme Commander-in-Chief Ilham Aliyev in his address to the nation today, APA reports.

"But the hated enemy is burning our forests, burning our houses, destroying water lines. Do they think that this will stop us? We have drawn water lines everywhere – to remote mountains, to mountain villages. We will restore them all, all of them. Relevant instructions have already been given, and I am confident that we will do it in time.