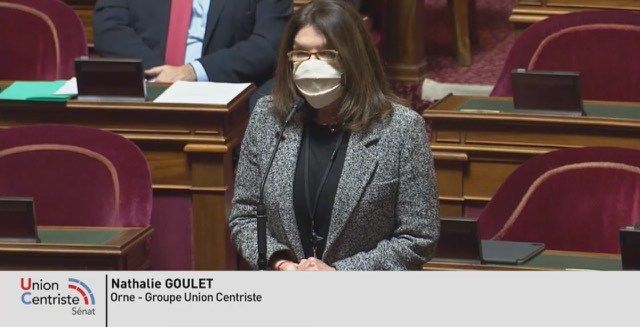 The adoption of an anti-Azerbaijani resolution by the French Senate is a big mistake, French Senator Nathalie Goulet told News.Az.

On November 18, at the Presidium of the French Senate, a group of senators influenced by the Armenian diaspora presented a draft resolution No. 145 "On the need to recognize the "Nagorno-Karabakh Republic", which was discussed and adopted on November 25.

Goulet said she was the only senator who voted against the draft resolution calling for the recognition of the separatist regime created in the occupied Azerbaijani territories.

The adoption of such a provocative resolution by her colleagues is ‘regrettable’, said the senator, stressing that the majority of those present at the Senate meeting were unaware of the conflict at all.

“Unfortunately, my colleagues voted unilaterally for the adoption of this document. However, the French government has already stated that it does not recognize the separatist regime. As a friend of Azerbaijan for over 20 years, I voted against the resolution. I am very glad that Azerbaijan has liberated its lands, and the refugees will soon return to their homes,” Goulet added.

According to the list approved by the French Senate, one senator – Nathalie Goulet – voted against the resolution. The new list mentions that the eight senators, who had previously voted against the document, withdrew their votes – five of them abstained, three refused to vote. Thus, the resolution was adopted by 298 votes, with 35 abstentions. Some 14 senators did not vote. The new list also shows that Senator Sylvia Goy-Chavent changed her vote and remained neutral.