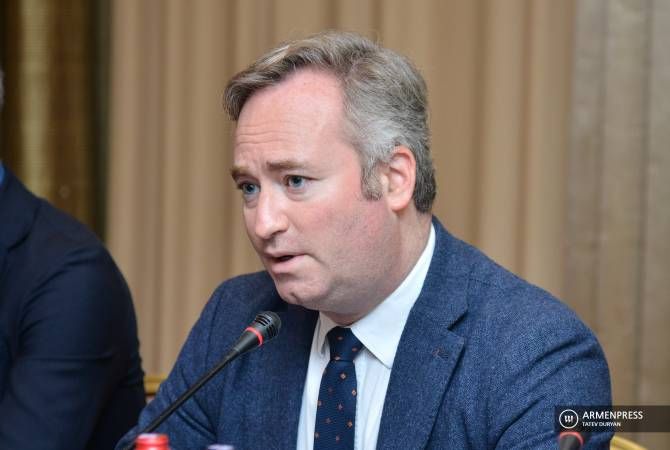 The French government has studied the Nagorno Karabakh armistice agreement signed between Armenia, Russia and Azerbaijan and it believes that some of the points of the agreements require further discussion, French Minister of State attached to the Minister for Europe and Foreign Affairs Jean-Baptiste Lemoyne told a news conference in Yerevan.

“We have studied the [armistice] agreement and naturally there are points which aren’t considered, which should be addressed. That’s already the political side. This should probably be done within the framework of the OSCE Minsk Group Co-Chairmanship. Yesterday I met with the Armenian Minister of Foreign Affairs Ara Ayvazyan, and today I met with the Armenian Prime Minister Nikol Pashinyan and I discussed all these issues,” Lemoyne said.