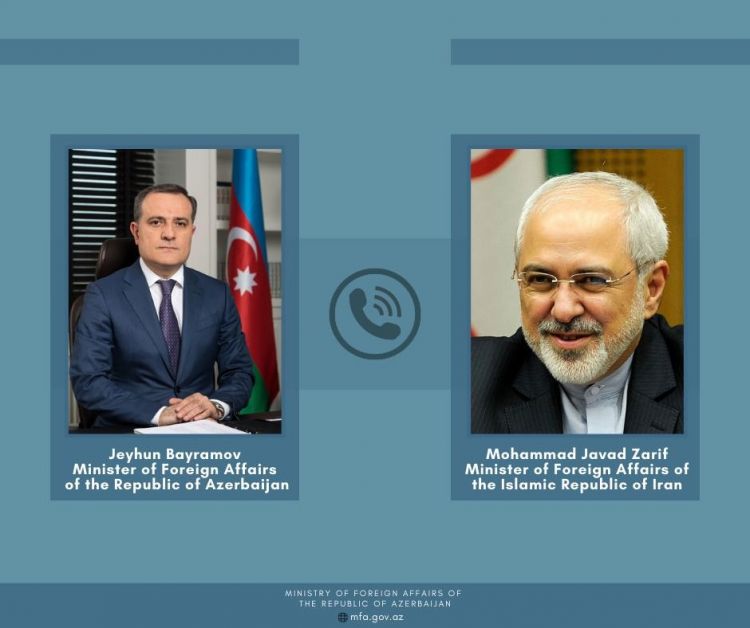 Minister Jeyhun Bayramov expressed his condolences to his Iranian counterpart over the killing of Mohsen Fakhrizadeh, the head of the Organization of Defensive Innovation and Research of the Iranian Defense Ministry, as a result of a terrorist attack. It was stressed that Azerbaijan, as a country suffering from terrorism, strongly condemns all forms and manifestations of terrorism.

In addition to the discussions held in a video conference this week, the Ministers exchanged views on the prospects of bilateral economic cooperation. It was noted that the issues should be discussed in detail by the relevant agencies.

The Ministers also discussed other issues of mutual interest.