Lithuanian journalist who witnessed the bloody tragedy - "All this was a plan aimed at the Armenian occupation"
Read: 743

The unblocking of Armenia’s borders with neighboring states could actually harm Russia's position in the region - Expert
Read: 421

The bravery of those who sacrificed their lives on 20 January for independence should never be forgotten - British journalist
Read: 383

If the ceasefire long-term, Turkey and Azerbaijan may take steps to normalize relations with Armenia - Turkish FM
Read: 223 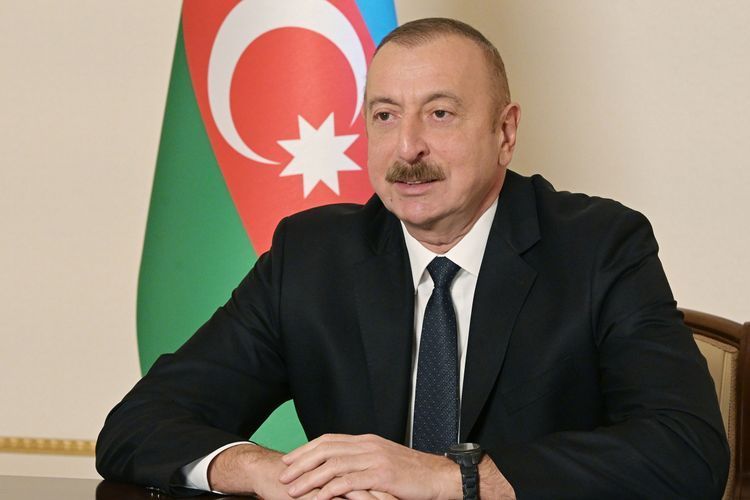 "I want to say again – I have already spoken about this – we would have taken Lachin, Kalbajar and Agdam anyway. We had plans and we were consistently moving towards them. But everyone should know that Kalbajar and Lachin districts have a very difficult natural terrain. The road to Kalbajar district that existed in Soviet times passed through Aghdara district. In Soviet times, this district was called Mardakert and the Armenians lived there. There was no other road, one might say. Now we have entered Kalbajar from Goygol and Dashkasan districts. We could have suffered heavy losses, especially in winter, given the difficult terrain. We could have suffered great losses in liberating Aghdam, Lachin and Kalbajar districts. It would have taken a lot of time," said President of the Republic of Azerbaijan Ilham Aliyev in his address to the nation, Eurasia Diary reports citing APA.

"Therefore, our victory is a historic victory. We have liberated several districts from the enemy on the battlefield, returned three districts and forced the enemy, thus resolving the Nagorno-Karabakh conflict. The Nagorno-Karabakh conflict is gone. If someone thinks that this conflict is still exists, they are wrong. People living in Nagorno-Karabakh today are citizens of Azerbaijan. I want to say again that they will live better within a united Azerbaijani state. They will get rid of this poverty. Notice that we are currently building a railway from Barda to Agdam. The distance from Agdam to Khankandi is around 20-30 kilometers. How long will a trip from the capital of Armenia to Khankandi take – perhaps ten hours by truck. Moreover, this route lies through mountain roads. From Agdam to Khankandi, it will take half an hour.

This will precondition our future prospects. Therefore, we must be ready for this and build our strategy, take tactical steps so that there is no source of threat in this region any more. The Azerbaijani army is the guarantor of this, of course. If we look at the geography of this region, then everyone can see that Armenia today is connected with Nagorno-Karabakh by a corridor 5 kilometers wide," the head of the state noted.