The situation in Nagorno-Karabakh to be one of the main topics of discussion at Lavrov-Zarif meeting - Russian MFA
Read: 277

Normalization of US-Russian Ties in Interests of Both States - Putin
Read: 254

U.S. can contribute to peacebuilding process between Azerbaijan and Armenia - Assistant to Azerbaijani president
Read: 226

“Our proposal to build a school in Shusha was welcomed by the Presidents of Azerbaijan and Turkey” - Devlet Bahceli
Read: 210 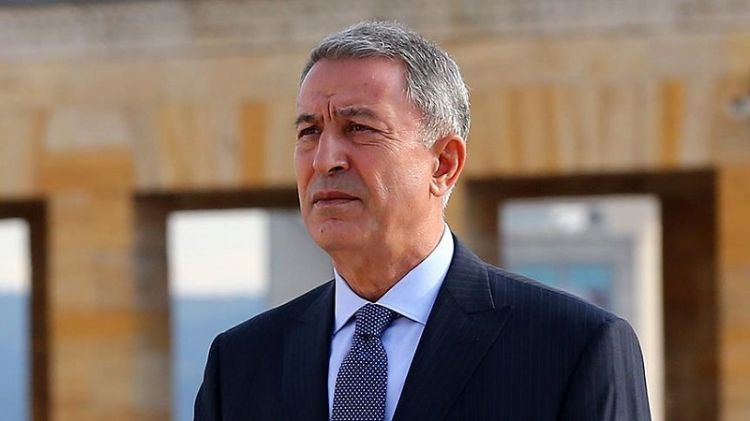 A building for the Turkish-Russian joint monitoring center in Nagorno-Karabakh is under construction, Turkish Minister of National Defense Hulusi Akar said on Wednesday, News.az reports.

The minister noted that the center will start working soon.

On November 10, 2020, the presidents of Azerbaijan, Russia and the prime minister of Armenia signed a trilateral statement on a complete cessation of fire and all hostilities in the zone of the Nagorno-Karabakh conflict. According to the statement, in order to increase the efficiency of control over the implementation of the agreements by the parties to the conflict, a peacekeeping center is being deployed in the area, to monitor the ceasefire.

Earlier, the Turkish Ministry of National Defense stated that an agreement on the establishment of a joint Turkish-Russian monitoring center had been signed. The message noted that on November 11, 2020, the Ministers of Defense of Turkey and Russia, Hulusi Akar and Sergei Shoigu, signed the draft agreement online.

After the completion of the discussion of technical details in connection with the activities of the Turkish-Russian Joint Monitoring Center, a final agreement was signed.