26 fake "historical" boards in Armenian were placed on the Agoghlan temple in Lachin | Eurasia Diary - ednews.net

The situation in Nagorno-Karabakh to be one of the main topics of discussion at Lavrov-Zarif meeting - Russian MFA
Read: 277

Normalization of US-Russian Ties in Interests of Both States - Putin
Read: 253

U.S. can contribute to peacebuilding process between Azerbaijan and Armenia - Assistant to Azerbaijani president
Read: 226

“Our proposal to build a school in Shusha was welcomed by the Presidents of Azerbaijan and Turkey” - Devlet Bahceli
Read: 209 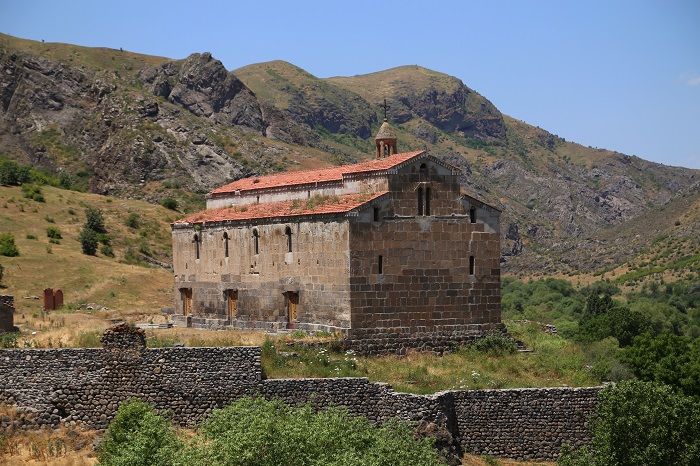 Ornaments of the Albanian period were removed from the Agoghlan temple, one of the most magnificent pearls of Albanian Christian architecture in Lachin, and 26 fake "historical" boards in Armenian were placed on the monument, Eurasia Diary reports citing Azerbaijan National Academy of Sciences(ANAS).

This was stated by the head of the Caucasus Policy Department of the Institute of Caucasus Studies of ANAS, Doctor of Philosophy in History Elnur Kalbizadeh.

According to him, in the territory of the complex were buried crosses made in Armenia and given the appearance of antiquity, which have nothing to do with the temple and the area.