“Today we are in crisis because we have moved away from our principles” - OSCE Chairperson-in-Office | Eurasia Diary - ednews.net

The situation in Nagorno-Karabakh to be one of the main topics of discussion at Lavrov-Zarif meeting - Russian MFA
Read: 280

Normalization of US-Russian Ties in Interests of Both States - Putin
Read: 258

U.S. can contribute to peacebuilding process between Azerbaijan and Armenia - Assistant to Azerbaijani president
Read: 229

“Our proposal to build a school in Shusha was welcomed by the Presidents of Azerbaijan and Turkey” - Devlet Bahceli
Read: 213 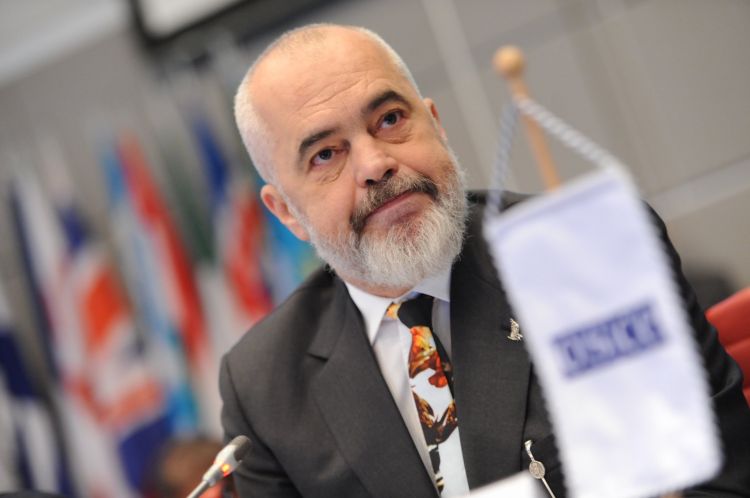 “When we took over the chairmanship of the organization in January of the previous year, everyone spoke about the organization which was in a struggle”, said OSCE Chairperson-in-Office, Prime Minister and Minister for Europe and Foreign Affairs of Albania, Edi Rama at the meeting of Ministerial Council of OSCE  held via video teleconferencing (VTC), Eurasia Diary reports citing APA .

He said that member states of the Organization and people of these states should make efforts for protection and comprehensive provision of security in Europe: “We took obligations in this direction in our meetings in Paris, Istanbul, Astana (now Nur-Sultan). We reached agreements on peace and welfare with which we will act jointly, provide security. But we are in a crisis that is aggravating because we are moving away from our principles, our principles are already not respected and our obligations are not conducted. Differences in our views are getting bigger and deeper. Because unilateralism policy is preferred instead of multilateralism policy. Confrontation is chosen instead of dialogue. Dividing and destroying approach is preferred instead of cooperation. All of these lead all of us to deep problems."