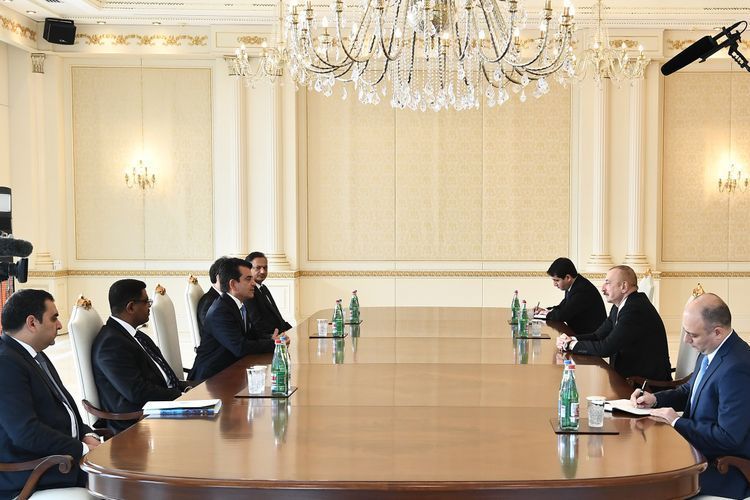 Welcoming the guests, president Ilham expressed his gratitude the delegates for paying a visit to the liberated areas of Azerbaijan from the Armenian occupation. He mentioned the repurcussions of occupation over the past 30 years and the war crimes committed by Armenian military groups.

The Director-Generl of ICESCO Salim bin Mohammed al-Malik also thanked to the President I.Aliyev for giving an honour to have him together with his delegates in his office. he expressed that issues of Azerbaijan have always been priority in the agenda of ICESCO.

During the meeting the Director-General also introduced the delegates and high representatives. Afterwards, ICESCO Director General presented a memorial gift to President Ilham Aliyev on the occasion of the Victory.