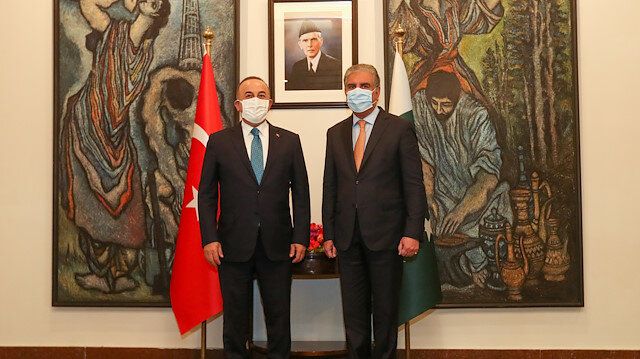 Pakistan and Turkey on Wednesday inked an agreement for promotion of literacy in the South Asian country, Eurasia Diary reports citing Yeni Safak.

Cavusoglu arrived in Pakistan on Wednesday for a two-day visit.

The deal was approved a day earlier in a Cabinet meeting chaired by Prime Minister Imran Khan.

Following the agreement, Turkey’s Maarif Foundation, which currently has the status of an international non-governmental organization, will be treated as a Turkish government institution in Pakistan.

“After this, Maarif Foundation will be able to expand its operations in Pakistan in terms of opening and running new campuses, cultural and educational centers, language centers, student exchange programs, and scholarships,” according to Harun Kucukaladagli, the organization’s country director for Pakistan.

The foundation’s activities and operations will fall under the ambit of the two governments after the agreement, he said.

Maarif Foundation currently has 27 schools and colleges across Pakistan catering to some 12,000 students in 10 cities, including Islamabad, Karachi, and Lahore.

The number of teaching and non-teaching staff affiliated with these academic institutes is over 1,700.

Turkey established the Maarif Foundation in 2016 to take over the administration of overseas schools previously linked to the Fetullah Terrorist Organization (FETO).

The organization assumed control of schools in Pakistan in January 2019.