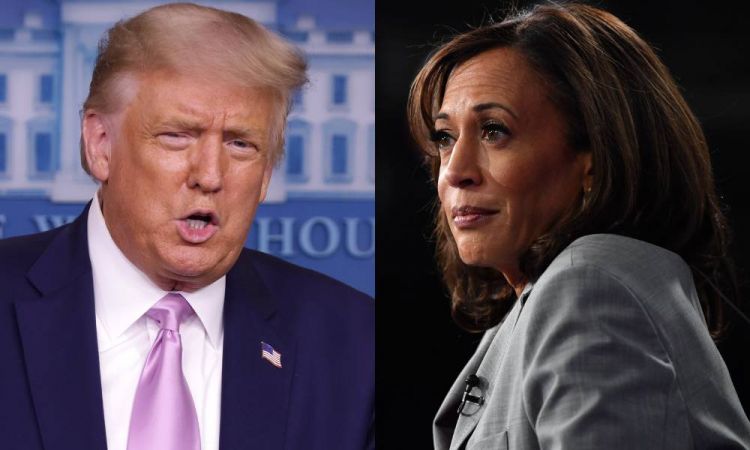 As President Donald Trump faces impeachment for the second time over inciting the Capitol Hill violence, there are talks doing the rounds of vice-president-elect Kamala Harris presiding over his trial.
Following the president’s impeachment in the US House of Representatives, his indictment will be sent to the US Senate, which has the power to hold a trial and subsequently convict the Republican leader.
According to a report by The Times of India, Senate Republican leader Mitch McConnell has said he will allow the impeachment procedure to be tried by the US Senate only after the departure of Donald Trump from his office on January 20.
He further stated that he would be facilitating Kamala Harris who by virtue of the powers vested in her in the capacity of a vice-president would be presiding over a Senate deadlocked at 50-50.
Some analysts are of the opinion that though precedent calls for the Chief Justice of the US Supreme Court to preside over the trial, the vice-president, as the constitutionally designated President of the Senate, could also be in the chair. In any case, Kamala Harris will have a tie-breaking vote in a chamber locked at 50-50.
Back in 2020, when the US was preparing for Presidential elections and Donald Trump was the sole Republican Party candidate for a second White House run, had taunted Kamala Harris for dropping out of the Democratic nomination race.
Taking to Twitter, he had made a snarky comment saying "We'll miss you!". Kamala Harris had then shot back at him saying, "Don’t worry, Mr. President. I’ll see you at your trial."
Also read: 'Tried to Live by Example She Set': Kamala Harris Writes about Mother's Values, Her Influence
As per reports, the trial by current Chief Justice John Roberts, even though distrusted by Trump could be in his interest than the prospect of placing his fate in the hands of Kamala Harris and surrogate turned ally Republican leader Mitch McConnell.
To convict Trump, 17 of the 50 Republicans in the new Senate would have to join the 50 Democrats to meet the necessary two-thirds threshold. But some analysts have pointed out that outcome depends on those ‘present and voting’.
As things stand, at least five Republican Senators are expected to vote to convict Trump if the matter comes to the Senate. Although some Congressmen are said to have expressed fear for their lives in going against Trump in the house.