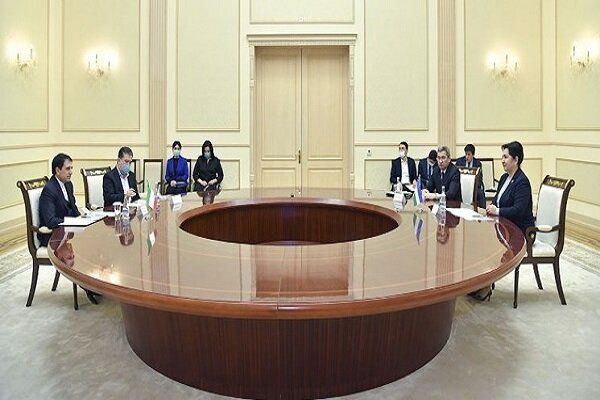 The Chairperson of the Senate of Uzbekistan and Iranian Ambassador to Tashkent in a meeting underscored the significance of improving mutual Parliamentary ties, Eurasia Diary reports citing Mehr.

Chairperson of the Senate of Uzbekistan Tanzila Norbaeva and Iranian Ambassador to Tashkent Hamid Nayyedabadi in this meeting stressed that the establishment of a friendship group in the parliaments of the two countries will help develop inter-parliamentary relations.

They examined the priority aspects of cooperation in the areas of legislation, the parliamentary sector, economy, as well as trade and culture sectors. They also conferred on the establishment of a permanent dialogue in the exchange of experiences.

Nayyerabadi, for his part, praised the development of intergovernmental relations between Iran and Uzbekistan in recent years and hailed the increase of fruitful political dialogue between the two sides.