Russian embassy to the US sends diplomatic note over disconnection of telephone lines | Eurasia Diary - ednews.net

Russia is developing a new armor for its armored vehicles
Read: 437

A planet close to us with a day that lasts forever and an eternal night lit up by exploding volcanoes
Read: 402

Kocharyan's main target and the results of negotiations in Moscow - not willing to spoil relations with Kremlin
Read: 385 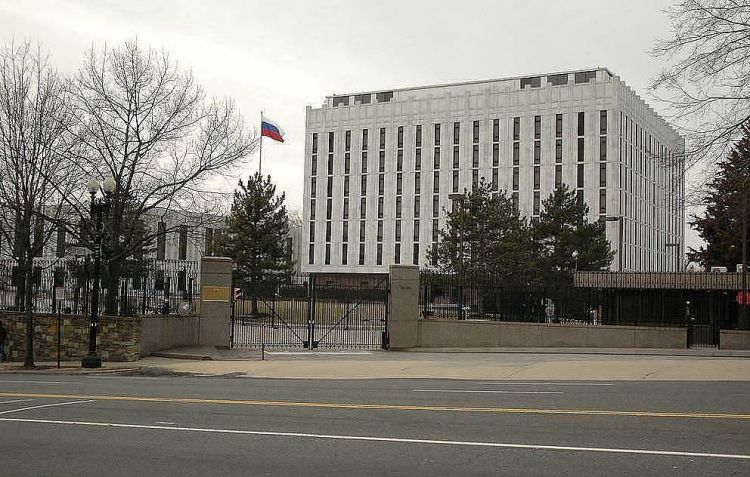 The Russian Embassy to the US has sent a diplomatic note to the US Department of State with a demand to fix the problems related to the disconnection of telephone lines at the Russian Consulate General in New York, Eurasia Diary reports citing TASS.

"With regard to the disconnection of telephone lines at the Russian Consulate General in New York, in addition to the request adressed by the Consulate itself to New York branch of the State Department, a diplomatic note was sent to the Department with a demand to promptly fix the existing problems that seriously impede the work of the foreign mission," the embassy said in a statement issued on Tuesday.

"We drew attention to the difficulties encountered by Russian compatriots in obtaining consular services due to the disconnection of all communication lines. We consider the current situation as unacceptable," it said.